Scalpers cause headache for TVXQ

Scalpers cause headache for TVXQ 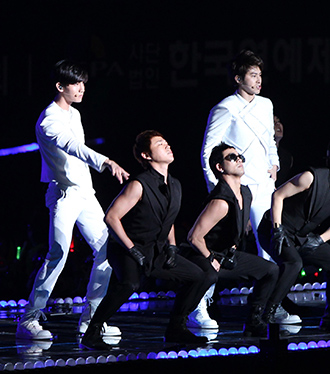 TVXQ’s sold-out concerts to be held tomorrow and Sunday are causing quite a headache for SM Entertainment.

SM said that these illegal transactions are taking place on chat applications, and because they are usually one-on-one deals, police can’t track down the scalpers easily.

The agency did release an official warning to fans, notifying them of the marked-up prices.

All 20,000 seats for the Seoul leg of the “Catch Me” tour were sold out within three minutes of going on sale last month.

It is the duo’s first national concert since three other members left the group. After kicking off in Seoul, the tour will move to the rest of Asia.

The tour comes just six months after the boys wrapped up their “Tone” tour.