Tuesday evening was a night to be remembered for Korean game fans, especially the ones that experienced and grew up with Blizzard Entertainment’s globally famous real-time strategy game, StarCraft.

It was a night when Blizzard Entertainment held its StarCraft II community party in Korea involving everyone from fans and pro players to league organizers, and also where Blizzard Entertainment’s CEO and co-founder Mike Morhaime announced in front of the fans in Korea that the release date of its upcoming StarCraft II expansion pack, StarCraft II: Heart of the Swarm, will be on March 12, 2013. Fans that jam packed the venue at the W Hotel, located in Gwangjang-dong, eastern Seoul, were excited at the CEO’s announcement as they became the first ones in the world to find out about the release date and the various business models. 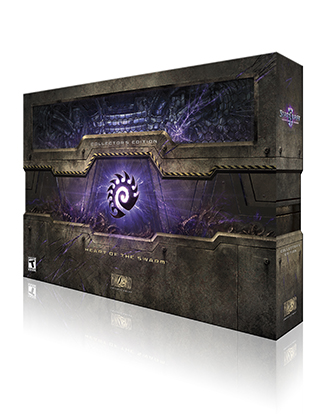 The Collector’s Edition of StarCraft II: Heart of the Swarm

Heart of the Swarm features a new campaign continuing the epic story of Sarah Kerrigan, the Queen of Blades, from the previous chapter of StarCraft II, the award-winning StarCraft II: Wings of Liberty, as she gathers the remnants of the Zerg Swarm and plots her revenge against the treacherous dictatorship of Arcturus Mengsk.

The new expansion also features several new multiplayer units in each of the three races: Terran, Protoss and Zerg, which will diversify the play style and the fun experience of gamers playing Heart of the Swarm. Some of these include the Widow Mine for Terran, the Tempest for Protoss, and the Viper for the Zerg. Top pro players including Flash (Lee Young-ho) and Mvp (Jung Jong-hyun) that took part in a live broadcast event match called the “Heart of the Swarm G-Star Invitational” at the recent G-Star gaming festival which took place at Bexco in Busan, have already commented on how much they look forward to the expansion set and how enjoyable the game is.

And with the closed beta test currently up and running in various regions around the world starting September including Korea, the next question for Korean players is pretty clear. What is so special and different about Heart of the Swarm? This is a question that has clearly been answered by the game giant Blizzard Entertainment through its new features and upcoming changes that has been continuous exciting news to the enthusiastic fans in Korea who are showing continuous support in both StarCraft and StarCraft II through the boom of the “PC bangs” (“Internet game rooms”) in the late 1990s and also as Korea is at the epicenter of the e-sports industry, which is now loved by millions around the world.

Being the birthplace of such a unique industry called e-sports, Korean players have always been considered the best in world as the majority of StarCraft fans around the world already the know the legendary names that have boosted the leagues based on StarCraft: Brood War in Korea including BoxeR(Lim Yo-hwan) and YelloW(Hong Jin-ho).

And now, the game developer is showing that its next step will be immense and Korean players will enjoy the fun as they have been doing so for over a decade.

In developing the new expansion, Blizzard Entertainment has had plenty of time to receive feedback from the gamers, and the noteworthy aspect in the new expansion is the fact that the game is easier than ever and fun to play for players of all game-play style, from casual gamers to hardcore gamers. Fans and experts from the game industry in Korea are seeing the expansion as being as big as StarCraft: Brood War was in the country, which reshaped the direction of the industry here. 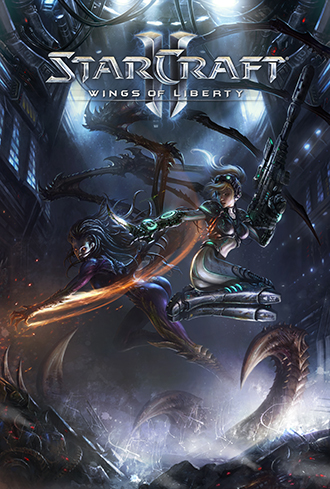 Cover image of the game features Kerrigan and Nova, two major characters, fighting each other.

New features are what make the difference

The recent set of features that Blizzard introduced in its Heart of the Swarm beta test patch 2.0.1 includes the “Clan and Group System.” The clan system works like a guild, and the group system takes a wider view as players can join multiple groups of various interests. Both systems strengthen the social aspect of the game, which is something that gamers will welcome. The “XP leveling” feature is something for everyone, as it rewards players not for winning or losing, but for playing the game for a certain period of time. Another feature that players were happy about was the “User Interface Update” which transformed Blizzard’s traditional user interface in StarCraft II into something that gamers can more easily access and interact.

The “Players Near Me” feature, which Morhaime introduced during his announcement on Tuesday and is already implemented into the current beta, is something specifically for the PC bangs in Korea, said the CEO. The feature finds players in nearby local networks such as PC bangs and college dorms, and shows the StarCraft II clients on the “Players Near Me” list. Utilizing the feature is even easier as players can easily start a game, join a party or become friends with nearby players through this feature, adding to the social aspect of the game.

Other features that are coming up in the near future include “Unranked Matchmaking,” which gives players a stress-free gaming environment of not being ranked each time they play, and also “Resume from Replay,” which can act as a great tutorial and add variables by being able to play the game where other players have left off. These features will be joined by a powerful tutorial, which will allow every player to smoothly transition from completing the Single Player Campaign to Multiplayer matches on Battle.net.

“With Heart of the Swarm, our goal has been to expand on the multiplayer action and cinematic storytelling of Wings of Liberty,” said Morhaime.

“Combined with features like unranked matchmaking and our new leveling system, this expansion elevates the StarCraft II experience for players of all skill levels,” he added.

The upcoming March launch to excite everyone

Since e-sports partners, including Ongamenet, Korean e-Sports Association, GomTV and Blizzard Entertainment, agreed back in May to go in the direction of StarCraft II, the e-sports industry’s response has been positive so far, and it is the players who have high hopes for the much anticipated expansion pack.

“I have had so much fun playing the Heart of the Swarm beta recently and I feel everyone will absolutely love it,” said PartinG (Won Lee-sak) of team StarTale.

“The new units and features are something that will make the game fun and exciting for everyone.”

One other thing that the Korean fans were excited about in Morhaime’s Heart of the Swarm street date announcement at the StarCraft II Community Party was that Korea will be offered the same release packages for the expansion set including the Collector’s Edition, Digital Deluxe, Digital Upgrade, Standard Edition and Digital Download Edition, which had not been the case with Wings of Liberty. Korea will also be offered a Digital Bundle, which allows players to digitally download both Wings of Liberty and Heart of the Swarm at a discounted price.

With increasing interest and positivity toward Heart of the Swarm, gamers and industry experts in Korea are excited that Heart of the Swarm will bring back the excitement that gamers have enjoyed with its predecessor for the past decade. With the current signs, Heart of the Swarm is looking brighter than ever for its launch in March.