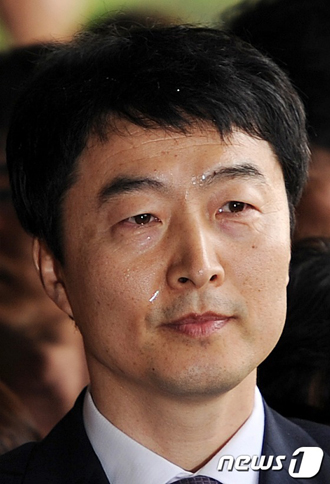 Prosecutors indicted 462 members of the trouble-ridden Unified Progressive Party yesterday on charges related to last April’s primary rigging scandal that all but dissolved the party.

However, the prosecution didn’t indict Lee Seok-gi, the 50-year-old lawmaker who earned the largest votes in the rigged primary, because they didn’t find any evidence linking him to the vote-rigging.

The Supreme Prosecutors’ Office announced yesterday the result of their investigation into UPP’s proportional primary in March, ahead of the April 11 legislative elections. They said they investigated a total of 1,735 people and indicted 442 without detention and 20 with detention.

Among the 20 detained, there were three former candidates who won in the primary. But not all were elected in the legislative elections.

In the online voting, the candidate who received the largest number of votes from the same IP addresses was Lee.

A total of 204 people were indicted on charges related to Lee’s vote-rigging.

“Although there were many people indicted on charges of rigging votes for Lee, we couldn’t obtain testimony or evidence that Lee ordered them to do it,” an official at the prosecution said.

Prosecutors said they only investigated the cases where more than 10 votes came from the same IP address, due to the scale of the incident.

The Supreme Prosecutors’ Office said that the highest number of people indicted came from Gwangju at 82, followed by Jeonju in North Jeolla at 67, Uijeongbu, 65, and Seoul, 52.

Prosecutors said some people borrowed cell phones of elderly party members who didn’t know anything about online voting, and voted secretly for a certain candidate.

The UPP, which used to be the nation’s third-largest party with 13 parliamentary seats in the April 11 legislative elections, suffered factional conflicts over the vote-rigging allegations and the different political ideology between the hard-line members and others.