Queen of kokdu opens a branch in Bukchon

Queen of kokdu opens a branch in Bukchon 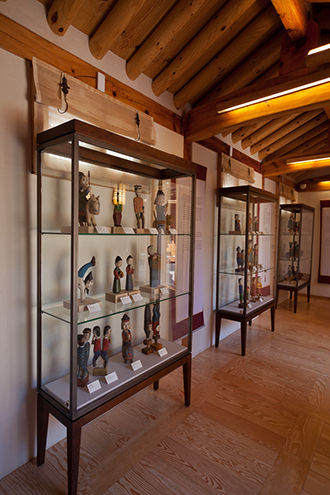 The kokdu on display at the Kokdurang Hanok are mostly playful human likenesses chosen with tourists in mind. Provided by the museum

Kim Ock-rang, the woman who recognized ancient funerary figures as art when no one else did so, is breathing new life into kokdu.

Kim, director of the Kokdu Museum in the Daehangno area, has opened a branch of the museum in the heart of Bukchon Hanok Village, central Seoul.

Kokdu refers to wooden figures used to decorate funeral biers, which were used to transport coffins to ancestral burial grounds in the Joseon Dynasty (1392-1910).

“Bukchon is gorgeous with its cluster of hanok (traditional Korean houses), but the problem is that since they are almost all residences, tourists cannot check out the insides,” Kim said at the opening of the branch on Wednesday.

“I wish that with this branch, visitors to Bukchon will get to enjoy the beauty of hanok, learn about kokdu and get some rest and relieve fatigue from all the sightseeing,” she said, adding that she’s installed two bathrooms as well.

Of Kim’s collection of 20,000 kokdu, about 200 are in the permanent exhibit in Daehangno and 55 on display in Bukchon.

Kokdu were created to accompany the deceased into the afterlife and can be clowns, acrobats, guards or maids.

There are also imaginary and symbolic animals, such as phoenixes and dragons.

Kim had kokdu in mind when she purchased the hanok in Bukchon in 2003, long before she opened the Kokdu Museum in Daehangno in 2010. The house has kokdu engravings on the wall. The branch is appropriately named Kokdurang Hanok. 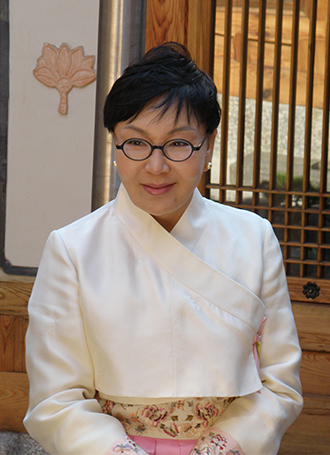 “Rang” in Korean means “with,” so the name conveys the co-existence of kokdu and hanok in the area.

“I had used this as a research center for kokdu in the past,” Kim said. “But it’s been years since I had thought about using this space as a kokdu museum.”

Although kokdu has been featured in the New York Times and showcased in “All Eyes on Korea,” the 100-day cultural festival in London prior to the Olympics, fewer than 10 people a day visit the Kokdu Museum in Daehangno, partly because of its location, she said.

Kim is arguably the most knowledgeable person in the world when it comes to kokdu. She started her collection 30 years ago when she first came across one at an antique store in the Cheonggye Stream area.

“The wooden figure seemed to reflect my own tortured situation. She and I became one,” she recalled, saying she was dealing with her father’s death at the time.

She first used her kokdu in theater and later opened the museum to house her burgeoning collection.

Kim, who is also the head of Dongsoong Art Center and Ockrang Cultural Foundation, describes kokdu as “a tribute to our ancestors’ optimism and humor” that they would want the deceased “to journey into the beyond accompanied by boys, girls, men, women, clowns and acrobats.”

But Kim notes that the Bukchon branch is promoting Korean culture and functioning as a rest area for tourists, which is something that the city or district government should support.

Kim advises people who come to the Kokdurang hanok to make sure they take a look the household items, as well, which include a traditional bed, wood table with mother-of-pearl, a gayageum (traditional Korean zither-like string instrument) and chaekgeori (drawings of books and study rooms) inspired screens and a chamber pot.