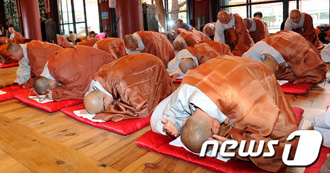 A senior Buddhist monk of South Korea's largest Buddhist sect, the Jogye Order, has been accused of sexually assaulting a female visitor in her 20s during a temple stay, the sect said Thursday, amid the religious body's recent moves to prevent illegalities that taint the image of the order.

The woman has charged that the 69-year-old monk, whose identity was withheld, allegedly made inappropriate sexual remarks to her at the temple in South Jeolla Province in early August and then molested her when she tried to leave, according to the Jogye Order. (Yonhap)