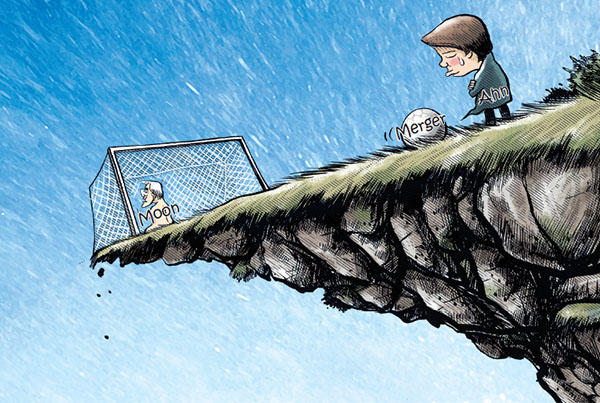 With the main opposition Democratic United Party’s candidate Moon Jae-in’s announcement that Lee Hae-chan - the party head referred to as a symbol of old politics - will resign, the ball is in Ahn Cheol-soo’s court after the latest rupture in both camps’ efforts to merge their presidential bids.