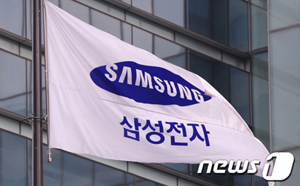 Samsung Electronics has cut back on manufacturing facility investment for the last two consecutive quarters as a pre-emptive measure to compensate for the effects of the global economic downturn, according to regulatory filing by the Financial Supervisory Service yesterday.

The figure for the third quarter is the lowest since the first quarter of 2010, although Samsung posted a record-high operating profit of 8.12 trillion won in the third quarter from robust sales of its Galaxy smartphones and tablet PCs.

By industrial sector, semiconductors saw the largest shrink in investment. Samsung set aside only 2.29 trillion won for chip production in the third quarter, about 40 percent of the 5.76 trillion won in the first quarter. In the second, the amount was 3.94 trillion won.

Samsung earlier this year set an ambitious goal of investing 25 trillion won in manufacturing facilities, up from 22.7 trillion won administered in 2011, but industry insiders are starting to turn skeptical about that scenario being realized.

“It’s our principle to adjust the scale of investment according to market conditions,” said a Samsung spokesman. “We have no choice but to maintain a conservative position under the current situation.”

There have been talks recently of Korea’s major corporations taking action to tackle the upcoming crisis from a staggering domestic and global economy.

Samsung Electronics’ mother group recently said it would get rid of four small affiliates by early next year by merging them with others under the same umbrella.

Samsung Fiber Optics, for instance, will be merged with Samsung Electronics on Jan. 4 - eight years after it was spun off from the electronics arm.

LG also said it will trim down up to seven affiliates out of 64 by the year-end through closure, sale or merger.