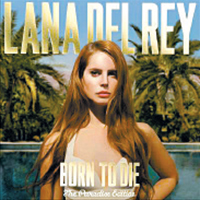 Lana Del Rey’s new eight-track EP “Paradise” shows the singer is still in the same emotional flux she was when she released her debut album 10 months ago. She’s lamenting the pains of love.

Del Rey has an almost affected vulnerability in her voice, at certain points its quivering adds to the gravitas of the lyrics, like when she sings “Don’t turn around, leave me high and dry’’ on Rick Rubin-produced “Ride.’’ The song was co-written by Justin Parker. “Ride’’ is as perfect as “Video Games,’’ the single that propelled her into the limelight.

“American’’ uses simple strings and piano which allows her smoky, effortless vocals to take control. “Cola’’ continues the Americana theme, but in a playful, tongue-in-cheek way.

And “Body Electric’’ sounds like it’s straight from a Western film, where Del Rey is again playfully poking fun at America _ “Elvis is my daddy, Marilyn’s my mother,’’ she claims.

CHECK OUT THIS TRACK: Del Rey’s sings the 1950s classic “Blue Velvet’’ as if it was written for her. AP 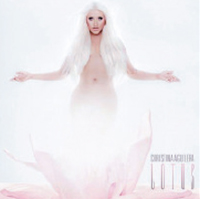 Sure, it’s an improvement from 2010’s “Bionic,’’ a chaotic album that is Aguilera’s only one not to reach platinum status. “Lotus’’ is more focused, thankfully, but not as satisfying as her first three releases.

The new 13-track album is the singer’s first music offering since she filed for divorce two years ago. And when she’s emotional, she sounds best.

The title track kicks off the album nicely as Aguilera sings about starting over. On “Best of Me,’’ she sings: “Words cut through my skin, tears roll down my chin, my walls crumble within.’’ Another standout is the piano tune “Blank Page,’’ co-written by Sia. “Sing for Me,’’ too, is great and sounds like a personal anthem for Aguilera.

Where the singer falls short is on what are supposed to be the “fun’’ songs, like “Red Hot Kinda Love,’’ “Around the World’’ and “Make the World Move,’’ which features a barely heard CeeLo Green. AP 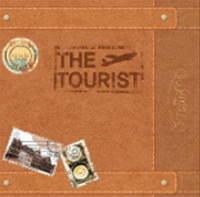 If you have itchy feet, listen to this first album by project group Tourist. As the group’s name suggests, the six members - three songwriters, a vocalist, a photographer and a webtoonist - like to travel.

The chugging sound of a train starts off the first song on this nine-track album, making your heart flutter with thoughts of an unfamiliar place and people.

The second track, “Olle-gil” is the group’s debut song, which they wrote after walking the Olle trail, not on Jeju, but on Gangwha Island in Incheon.

One after another, the songs take you to different locations, sunset on a beach, a drive along the seashore, the middle of the ocean and even to Paris through the songs: “Sunset Cruise,” “A letter from Paris,” “Ocean Drive” and “The Tourist in the Lonely Planet”

All the songs tend to be bright and breezy, they give you not only itchy feet, but make you pack your bags straightaway. Or at least it did for me and I’ll be listening to it on my unplanned trip to Gyeongju this weekend.