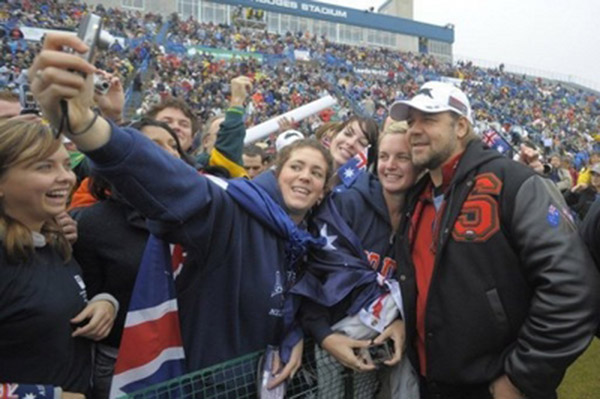 SYDNEY - Hollywood star Russell Crowe is planning to sell his stake in the Australian rugby league team he co-owns in an attempt to simplify his life after splitting from his wife, according to a report.

Crowe has been a fan of the National Rugby League’s South Sydney Rabbitohs since childhood and regularly attends home games.

In 2006, he and businessman Peter Holmes a Court bought a 75 percent stake of the club, but Channel Nine television said he was now ready to sell up following his split last month from wife Danielle Spencer.

League commentator Danny Weidler told Nine he had been in touch with Crowe by e-mail and SMS, and the actor confirmed he would be selling his stake at the end of the 2013 season.

“From what I can understand, Russell is just trying to simplify his life,” Weidler said. “As you know, he has been through a lot recently in his personal life and I would say that is .?.?. a part of his reasoning.”

Crowe and Spencer separated amicably after nine years of marriage last month. They have two young children. Reports at the time said the demands of Crowe’s acting career played a part in the split, with the star away for much of the past year filming “The Man with the Iron Fists,” “Les Miserables,” “Broken City,” “Man of Steel” and “Noah.”

Born in New Zealand, Crowe has lived in Australia since he was a child.Weidler estimated that Crowe and Holmes a Court had invested about $11.3 million in the Rabbitoh. The club had no comment.