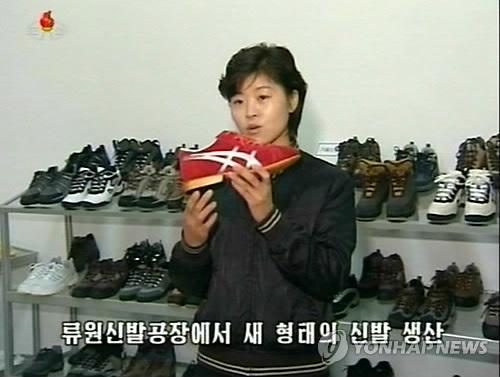 North Korea on Friday introduced as the country's latest design a new line of sneakers that look nearly identical to those of a popular Japanese brand, demonstrating a case of the country's rampant illegal copying of foreign brands due to its lack of trademark laws.

According to the North's official Korean Central TV Broadcasting Station, a Pyongyang shoe factory has "developed various new designs of shoes," one of which is made for weightlifting, with the name of the factory - Ryuwon - marked on the rear end of the sneakers.

The allegedly original design, however, looks extremely similar to the sneakers produced by ASICS, a popular sports brand in Japan, according to ASICS Korea, the importer and distributor of the sports goods in South Korea. 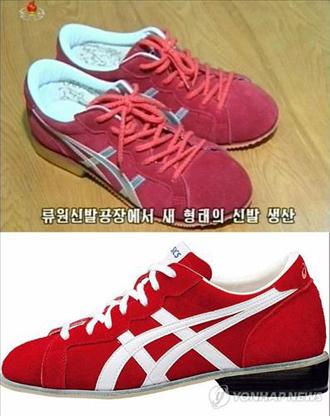 "ASICS has never given North Korea permission to borrow the design of the brand nor produce original equipment manufacturing (OEM) versions of it," a company official said. "(The North's) products are knock-offs of the ASICS design."

Pyongyang often imports ASICS products for its weightlifters and other members of the national team, the official said, adding to the suspicions that the shoes are likely counterfeit goods.

The socialist state freely makes illegal copies of products from popular foreign brands as the country "does not have any legal system regarding trademark protection," according to North Korea experts. (Yonhap)