North builds up cult of personality around Kim

North builds up cult of personality around Kim 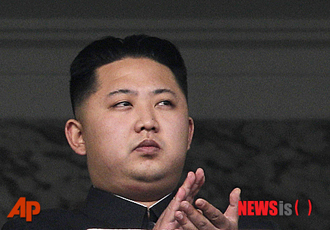 North Korea has been stepping up its efforts to idolize leader Kim Jong-un, recent documents show, in an apparent indication that Kim’s grip on the communist state has grown tighter.

According to The Choson Sinbo, a pro-North Korean newspaper in Japan, yesterday, the ruling Workers’ Party of Korea in Pyongyang has published a book extolling the extraordinary skills of the young leader.

The paper reported that the book describes Kim as a worldly man who is well-versed in international politics and military affairs, and writes that he was a child prodigy able to fire guns and drive at a young age. 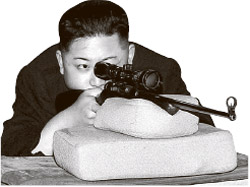 The Choson Sinbo said it was the first volume of what is expected to be a collection of similarly sycophantic books about Kim. Kim Il Sung, his grandfather and the founding leader of the North, had 100 such volumes, while Kim Jong-il, Jong-un’s late father, had 70 similar tomes written about him.

In January of this year, the North’s Korean Central Broadcasting Station aired a documentary featuring Kim Jong-un, believed to be in his late 20s, in which it claimed the new leader was a diligent student in college and completed his graduation thesis on the accomplishments of Kim Il Sung.

Daily NK, a Seoul-based news site reporting on the North, quoted a source as saying Kim has given such badges to senior intelligence officials “to instill loyalty.”

Commemorative stamps with Kim’s portrait were issued in August, leading to speculation that badges would soon follow.