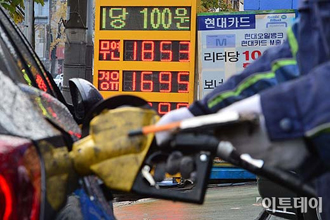 After three oil companies - SK Energy, GS Caltex, and Hyundai Oilbank - colluded to raise the price of gasoline between April and June 2004, the Fair Trade Commission found out about it and fined the companies 52.6 billion won ($48.3 million).

Truck drivers realized that they had lost money due to the price-fixing. Around 1,100 drivers from across the nation filed lawsuits against the three companies to get some money back.

Two class-action suits were filed, each representing 526 drivers and 583 drivers. The suits went to different panels of judges at the Seoul Central District Court.

And although the circumstances in dispute were the same, the plaintiffs indistinguishable and the same lawyer handling both suits, the judgements were polar opposites.

The judges ruling on the suit by the 526 drivers ordered the companies to pay each 500,000 won on Nov. 8. That panel was headed by Senior Judge Choi Seung-rok.

The judges ruling on the second suit the following day, headed by Senior Judge Ji Sang-mok, awarded the truck drivers nothing at all.

“The amount of loss calculated for the drivers based on the three corporations’ price-fixing is wrong,” the court ruled Nov. 9.

In other words, price-fixing occurred, but the drivers’ calculations of how much they were cheated was rejected.

The two judicial panels disagreed on the correlation between local gas prices and the Mean of Platts Singapore, a mean price of oil traded through Singapore using data from Platts, a commodity information company. The drivers’ lawyer used that in calculating how much they were cheated. One court accepted the calculation, the other didn’t.

The second court also rejected tax invoices submitted by the truckers as evidence for their purchases of gas. “They don’t clearly show the time of purchase and amount of oil,” ruled the panel headed by Ji.

“This was the first case in which consumers filed lawsuits about oil corporations’ price-fixing,” a spokesman for the court said. “Now we have to wait to see what higher courts decide.”