Latest from Ian McEwan is fiction about fiction

Latest from Ian McEwan is fiction about fiction 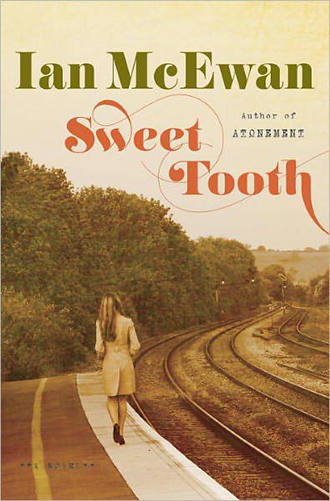 The central character is Serena Frome, a Cambridge student recruited for Britain’s domestic spy agency in 1972 by a professor and old MI5 hand.

There she is tapped for a mission code-named Sweet Tooth to secretly funnel money to up-and-coming writers and intellectuals thought to hold a dim view of the Soviet Union.

Her qualifications are “rather gorgeous’’ looks and a reputation as a voracious reader, “well up on modern writing - literature, novels, that sort of thing,’’ her boss says.

But almost immediately she jeopardizes her career by falling in love with Tom Haley, a writer she’s meant to covertly enlist in MI5’s battle against communism.

McEwan bases the plot on actual events during the cold war, when the CIA surreptitiously funded cultural enterprises to bolster support for the West.

His spy craft is compelling, his love story less so. Serena has the emotional maturity of a teenager and politics of her parents’ generation. She fancies herself a character out of Jane Austen in a world that’s moved on to Borges and Barth.

“I craved a form of naive realism,’’ she declares. “I wasn’t impressed by those writers who infiltrated their own pages as part of the cast, determined to remind the poor reader that all the characters and even they themselves were pure inventions.’’

Her oft-repeated literary opinions - “I was a simple sort of reader,’’ she says later on - suggest that one of her primary roles is as a foil for Tom, who has more sophisticated taste. And indeed, the novel is packed with the postmodern tricks Serena professes to hate.

McEwan embeds narratives within narratives (bequeathing one of his own abandoned novels to Tom), undermines his narrator and injects real-life people and events into his fictional world.

Whether you like the book or not may depend on your view of literature - do you agree with Serena or with McEwan’s alter ego Tom? “I liked life as I knew it recreated on the page,’’ she says. “He said it wasn’t possible to recreate life on the page without tricks.’’