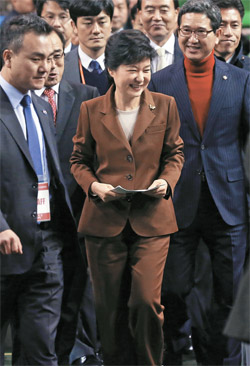 The head of the National Assembly’s Intelligence Committee yesterday pressed charges against the chief of the country’s main spy agency for having rejected his requests to access the 2007 inter-Korean summit records to verify a controversial remark by late President Roh Moo-hyun.

The ruling and opposition parties have battled over the veracity of the accusation that Roh promised to give up the western maritime border between the two Koreas - the Northern Limit Line - during his summit with North Korean leader Kim Jong-il in 2007. It became a sensitive national security issue ahead of next month’s presidential election.

Representative Suh Sang-kee of the ruling Saenuri Party, who chairs the Intelligence Committee, held a press conference yesterday and said he has requested that the prosecution investigate Won Sei-hoon, head of the National Intelligence Service, for abusing his power. 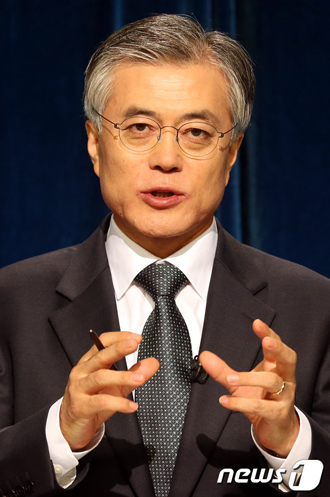 “It is my duty as chairman of the Intelligence Committee to resolve the people’s doubts at all cost,” Suh said. “To fulfill the duty, I found no other way but pressing a charge against Won and seeking a legal judgment. If the National Intelligence Service continues to reject the request to access the data, I will take necessary legal measures against the agency for having violated my given rights to access the information.”

The Saenuri Party and Suh requested last month that the National Intelligence Service grant them access to the 2007 summit dialogue regarding the alleged NLL discussion and submit the information in written form, but Won turned it down. He said the release of the confidential information could have a grave impact on the security of the nation.

“The audit of the National Intelligence Service confirmed that it has the summit dialogue record,” Suh said. “And it was also confirmed that the dialogue was classified as a public record, not a presidential record. I am swearing on my political career as the Intelligence Committee chair and making promises before the public that I will protect national security. I am more than ready to accept any demands made by the opposition party.”

Suh also said Won agreed to grant access if the ruling and opposition parties reach an agreement on the issue. “Moon Jae-in, the presidential candidate of the main opposition Democratic United Party who headed the planning of the summit at the time, must agree to the viewing of the dialogue to ease people’s concerns about the national security crisis.”

“It’s unprecedented that the Intelligence Committee head from the ruling party is pressing a charge against the intelligence agency head of his own government,” said Kim Hyun, spokeswoman of the DUP, criticizing the Saenuri Party for making another attempt to draw attention to the NLL controversy.

The Saenuri Party already submitted a motion to the National Assembly on Thursday to urge the National Archives to provide the transcript from the summit.