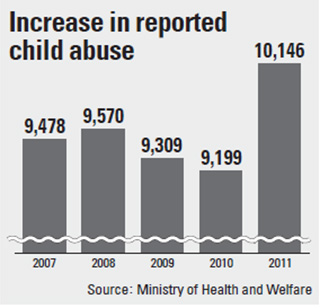 The number of child abuse reports surpassed 10,000 last year, reported the Ministry of Health and Welfare yesterday in conjunction with the World Day for Prevention of Child Abuse.

Of the reported abuse cases, four in five were by the child’s parent and the abuse mostly happened at home. Other abusers included grandparents and relatives.

There were 563 cases of recurring child abuse reported last year, and the Health Ministry stated yesterday that it plans to strengthen laws in order to protect children and strengthen punishment against offenders.

One 3-year-old boy was subject to daily verbal abuse by his mother, surnamed Kim, much to the alarm of her neighbor. 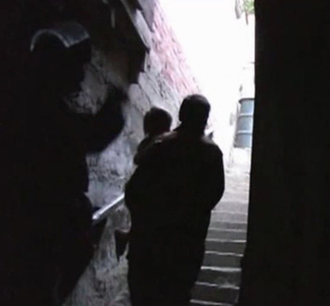 Kim, suffering from postpartum depression since she gave birth to her son combined with financial stress, was constantly agitated and swore at her child.


Her neighbor initially contacted the National Child Protection Agency after hearing the crying child every day.

But after Kim showed repentance for her abuse, she was allowed to keep her son. Three years later, however, the crying continued and the neighbor again contacted child protective services.

But though the agency’s welfare workers attempted to visit Kim’s house, Kim and her husband refused to allow the workers inside. There is no legal power to enable the workers to inspect a house in the case of suspected child abuse, and the child remains in the same situation to this day.

The ministry has been looking especially at enforcing judicial action in cases of child abuse and drafted a legislation on welfare and protection of children, which was submitted to the National Assembly in September.

The special bill on child abuse proposed increasing prison sentences for convicted child abusers from the current maximum of five years to 10 years and the fine of 30 million won ($27,600) to 50 million won.