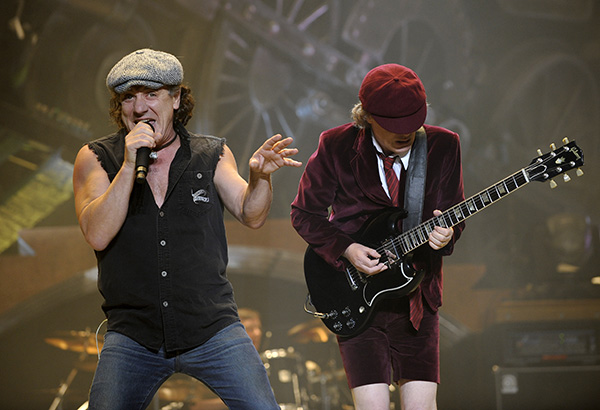 Columbia Records and Apple announced Monday that the classic rock band’s music will be available at the iTunes Store worldwide.

Sixteen studio albums will be released, including “High Voltage’’ and “Back in Black,’’ which is already on the iTunes Top 30 albums chart. Two of the group’s albums are also in the Top 100 and several of the Australian band’s songs are in the Top 200.

AC/DC was one of the few acts that would not release music through the digital outlet. Two years ago Apple struck a deal with the Beatles’ record label, EMI Group, and management company, and began selling the group’s music. Kid Rock, who had also been against selling his music through the digital retailer, is releasing a new album, “Rebel Soul,’’ on Monday and it’s available on iTunes.

“It’s something that I think artists realize they need to do in order to get their music into the hands of their fans and to make more money,’’ he said. “Right now with CD sales being what they are, touring is the main source of income and not every band is equipped to be out on tour 200 days a year to make the kind of money they need to make, or want to make.’’

Garth Brooks, however, has yet to release his music on iTunes.

Four of AC/DC’s live albums and three compilation records are also available. The statement said the songs have been mastered “with increased audio fidelity.’’