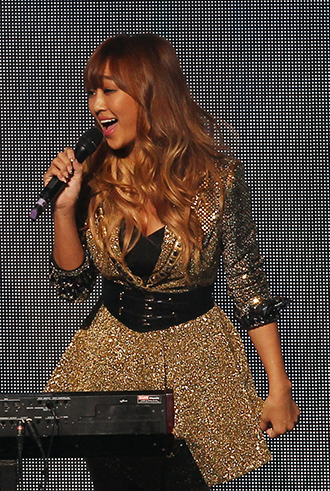 Sistar’s Hyolyn was voted the best singer of all idol group singers, by idol group singers.
The ranking to be revealed on MBC’s “Weekly Idol” had the singer’s counterparts taking part in the survey and others who came close to taking the coveted top spot were: Teen Top’s Niel, A Pink’s Eunji, Beast’s Yoseob and JYJ’s Junsu.

Kyuhyun of Super Junior praised the Sistar singer for “being ace at singing and dancing,” and Hyunseung from Beast followed suit by saying he wanted to “give his props to Hyolyn.”

The show will air on Nov. 21. Meanwhile Hyolyn has also topped previous shows’ charts for “Idol who should be on ‘I Am a Singer’” and “Idol I’d like to sing a duet with.”
By Carla Sunwoo [carlasunwoo@joongang.co.kr]