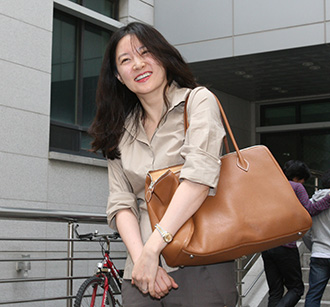 Actress Lee Young-ae has decided to open a Hallyu store in Samcheong-dong, central Seoul, an area popular with tourists.

According to her agency on Monday, Lee’s shop will open late next month and sell traditional Korean goods such as tea as well as specialty products like organic baby lotion.

“She is wrapping up preparations for the shop’s launch,” said a spokesperson for the actress.

Since becoming a wife in 2009 and then a mother in 2011 to boy and girl twins, Lee has devoted her time to raising her family.

It’s been more than seven years since her last film “Sympathy for Lady Vengeance.”

In 2003, Lee shot to fame across Asia with her role in the hit MBC drama “Dae Jang Geum.”

Since the network announced in September that it will make a sequel next year, many assume Lee will take on the project. “Her name is being thrown around, and people are jumping the gun, but it’s not like she’s signed anything yet,” Lee’s agency said.