The government will impose stricter regulations and supervision on car makers to check if their stated claims about fuel economy are correct, according to the Ministry of Knowledge Economy yesterday. 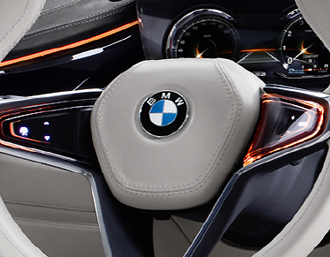 The move comes after Hyundai Motor and Kia Motors were found early this month to have given misleading numbers for models sold in the United States.


“The government will continue to allow each carmaker to measure the fuel economy of their vehicles and report these to the Korea Energy Management Corporation [Kemco],” said Song Yoo-jong, director general of the Ministry of Knowledge Economy’s energy saving and efficiency division. “But it will also from now on inspect the measuring system each carmaker uses before the models are mass produced [to check their accuracy].”

“The weight of a car, tire friction and road conditions can all impact fuel economy, so it’s important to test exactly how carmakers measure this,” he said, adding that experts will be employed to get the best results.

Currently, all five local carmakers have their own ways of measuring fuel efficiency, as the government has afforded them this privilege since 2010. Ten out of 18 foreign carmakers active in the Korean market - including Volkswagen, Mercedes Benz, Honda and Nissan - also have their own systems. Others like BMW, Volvo and Chrysler have Kemco perform the tests.

Previously, the government only tested some models after they were mass produced. This procedure will also be made stricter, with the permissible margin of error dropping from 5 to 3 percent.

Last year, only 25 of 748 models released in the local auto market were tested, but this share will roughly triple. 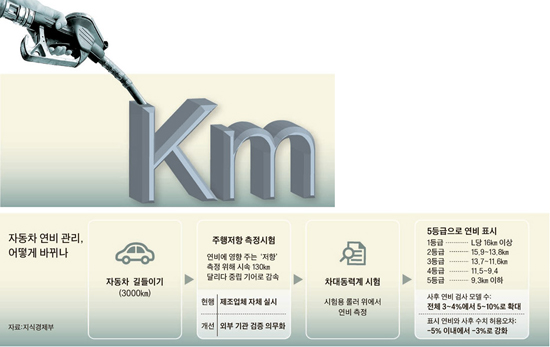 The government said it will finalize the new measures by end of this year and start applying them in the second half of 2013.

“When the major regulations are updated, we need to give carmakers at least six months’ notice according to local trade law,” Song said.

The government is also debating whether to raise the current 5 million won ($4,618) fine on companies that overstate fuel economy. “We understand the fine is not high enough to deter carmakers,” Song said. “We’re mulling raising it and imposing other punishments.”

Meanwhile, local and foreign carmakers that sell vehicles in Korea vowed to improve the credibility of their own testing systems.

“Hyundai’s vehicles that were tested this year all scored within the government-allowed range for fuel economy, and we will continue to comply with the regulations,” said an employee at Hyundai.