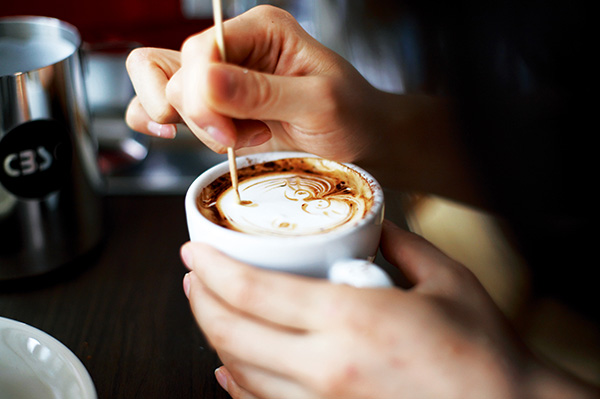 Several major coffee chains have slashed the number of new stores this year - and especially in the third quarter - from one year earlier amid an oversaturated market, according to industry data released yesterday.

The wind down comes as more coffee shops are reported to have gone out of business this year due to slumping sales.

“Last year, chains were opening new stores quite aggressively, but we’re treading much more carefully this year, especially in commercial areas, in a bid to protect franchisees in the same zones,” said Kang Min-hye, who deals with public relations for Caffe Bene.

She said the chain has rejected many applications from entrepreneurs hoping to launch new stores in crowded areas in Seoul this year.

According to a report by KB Financial Group, the number of stores operated by coffee chains nationwide hit 12,381 at the end of last year. The number has grown by around 45 percent each year, and is up 10-fold from 2006.

They have been especially popular among first-time female entrepreneurs.

“In Seoul’s core commercial districts, coffee shops often face each other from opposite buildings, signifying how the market has become supersaturated,” said Lee In-ho, head of the Sejong Start-up Research Institute. “As more stores are seeing lower profits, we are seeing more being put up for sale.”

Rising rents and the growing trend of customers staying longer on the premises to enjoy a single cup of coffee while enjoying free Internet service are also cited as issues hammering operators’ bottom lines.

Franchises are also extremely financially onerous to get up and running, often costing in excess of 300 million won ($276,895). This includes the franchise fee that goes to the head office, separate royalty fees for using the brand, a security deposit for the installation of goods, monthly rent and the cost of equipment and store furnishings.

Ediya Coffee, which offers slightly cheaper start-up expenses, is a rare exception as it is seeing new stores open at a steadily rising rate. From 437 stores in 2010, it expanded to 588 in 2011 and 760 this month.

However, many in the industry are eyeing markets overseas or trying to break into commercial areas in the provinces to find new revenue channels.

Caffe Bene is targeting niche markets such as highway rest areas and university campuses. It has also opened 12 new stores overseas, including in the U.S. and China. Hollys plans to open stores in Peru, the Philippines and China.

Tom N Toms is already operating 15 stores overseas in Singapore, Thailand, the U.S. and Australia. It first launched in Sydney back in 2009.

“Instead of splashing out 300 million to 400 million won on a franchise with a major coffee chain, it’s usually a better idea to start out with a smaller coffee shop. It’s also good to combine other menu items besides coffee beverages and decorate the store along a certain theme,” Lee said.

He also said early entrants to the market have an advantage as they have secured their presence and developed economies of scale that, for example, makes it cheaper for them to experiment with new menus and ideas.

“Latecomers may struggle to catch up as they need to secure their own brand image and customer loyalty,” Lee added.