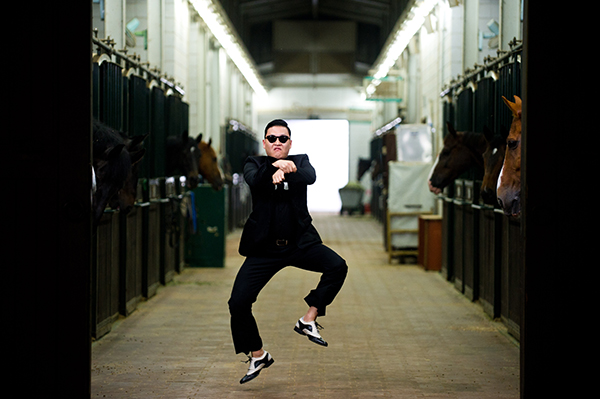 As Psy’s global hit gets about 10 million clicks a day, it seems likely that it will usurp Bieber’s video in a day or two.

The paper predicted that by the weekend, the song will be ahead of “Baby.”

On Nov. 19 at the Daejoong Arts Awards, Psy claimed the Okgwan Order of Cultural Merit, one of Korea’s highest cultural honors, for doing his bit to promote the nation with “Gangnam Style.”