Pollock prices may rise as talks with Russia end

Pollock prices may rise as talks with Russia end 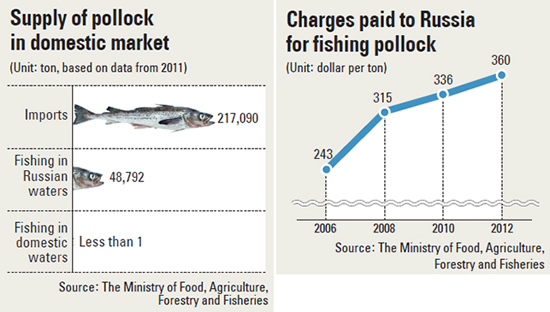 As negotiations with Russia on fishing rights collapsed this week after nine days of wrangling, it remains unclear whether Korea will be able to secure enough Russian pollock to meet local demand. Last year, 80 percent of the 265,882 tons of pollock that entered the country came from Russia. 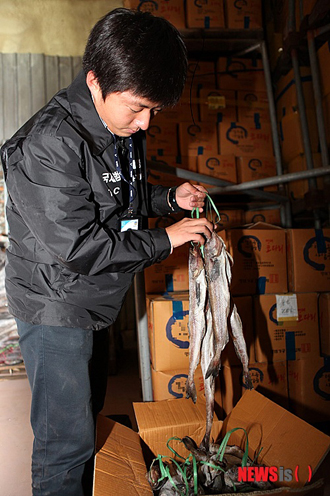 This is the third round of talks that have ended in a stalemate, but the first where Russia has called them to a premature end.

Russia has taken issue with Korea’s continued imports of Russian king crab through third-country sources. It urged Korea to suspend large-scale imports from Cambodia and Japan that it claimed were illegally fished in its waters.

Korea countered by saying it has already strengthened regulations on illegal fishing by requiring certificates that state the origin of the imported crabs, but it has been difficult to verify their legitimacy. Critics say Russia routinely jumps on this issue to strengthen its hand at the annual negotiations to secure a higher price for its pollock.

Supply is likely to get even tighter as Russia has put a limit on how much pollock, squid and cod can be fished in its waters.

Korea has been fishing in Russian-controlled seas in the Sea of Okhotsk after it was allocated an annual quota. It pays Russia $360 per ton of pollock and $100 per ton of squid. The quota for this year was set at 40,000 tons of pollock, 8,000 tons of squid, 7,500 tons of mackerel pike and 4450 tons of cod. Any upset to the status quo would probably cause domestic fish prices to rise, presenting cash-strapped consumers with more shopping headaches.