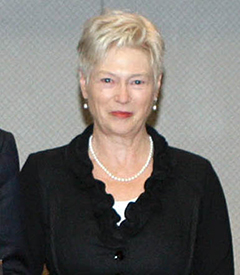 Korea should reform its electricity and natural gas markets to rid them of current monopolies, the International Energy Agency (IEA) said yesterday during a briefing on the nation’s energy policies.

“Korea should invite new entrants and third parties into the energy market to maintain energy [stability],” said Maria van der Hoeven, executive director at the IEA. “Otherwise, the monopoly is going to put [Korea] into a difficult situation.”

Speaking at a meeting at the COEX in southern Seoul, she said reform should include restructuring Korea’s state-run energy organizations including Korea Electric Power Corporation (Kepco) and Korea Gas.

It is the second time the agency has published a report on Korea. The first was released in 2006.

The agency, established under the framework of the OECD in 1974, encourages cooperation in energy development among its 28 member countries. Korea joined in 2002.

“Some progress has been made since the last report as Korea integrates renewable energy into the [electricity] grids better,” said van der Hoeven. “But as Korea advances, new questions arise.”

Although Korea has been a leading player in making renewable energy sources more efficient through its smart grid, van der Hoeven issued a word of warning to the three presidential candidates, who have pledged to wind down the country’s reliance on nuclear power.

“If you want to take a decision like Japan or Germany to step out of nuclear, you have to inform your people from the beginning what it means in terms of money, and how you are going to fill the gap between the amount of electricity produced by nuclear and that by renewable energy,” she said.

Politicians also need to explain how a stable supply can be guaranteed, she added. She said one way would be to dampen demand by raising the price of electricity, which in Korea currently stands at about 90 percent of the production cost.

“Although the [Korean] government has taken quite an interesting initiative to involve consumers in reducing consumption during peak times, if you don’t pay much for your energy, why should you be energy efficient?” she said, suggesting a 15 percent hike.

“In Korea, electricity is considered a public good, so it is inevitable we would see some inefficiency as we have tried to prioritize the uninterrupted supply of energy,” said Cho Seok, vice minister of the Ministry of Knowledge Economy. “We’ll try to make the energy organizations more competitive to ease people’s burden.”