Miss A to launch Chinese career

Miss A to launch Chinese career 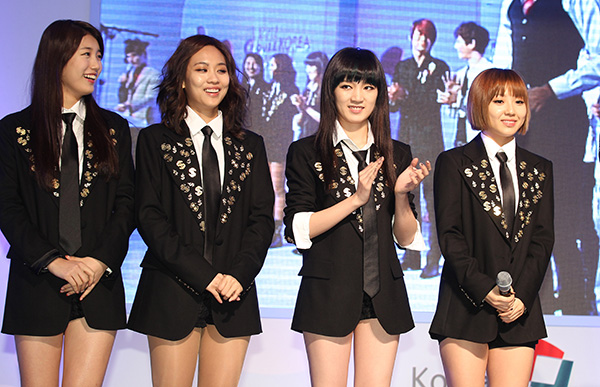 
The Chinese-Korean girl group Miss A will officially kick off its Chinese career. The group, which has two Chinese members, visited Taiwan yesterday and took part in interviews with various media outlets.

A fan meet is on the agenda today, while tomorrow they will take part in a dance competition. December will be dedicated to Chinese promotions.

On Nov. 2, the girl group launched an album in China containing its latest hits “Can Live Without Men” and “Touch.” A DVD with music videos came with the album.

JYP Entertainment said it hopes the girls will be a success in China and urged fans to get behind them.

It’s been about a year since the band met with Chinese fans. In November last year, the group was picked to represent Samsung mobile phones in China and performed at a showcase in Beijing, which helped increase awareness for the band.

The group explained that it’s sort of a tribute to role model, Destiny’s Child.