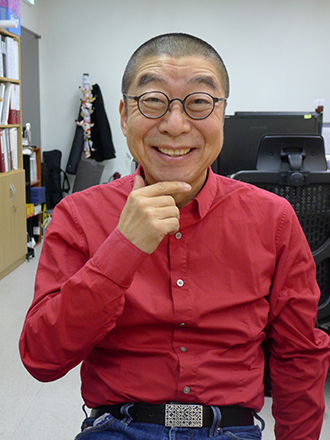 If one has a question about the history of mimes in Korea, Yoo Jin-gyu is the person to ask. Having been a mime since the art form first came to Korea, Yoo has also been the artistic director of the Chuncheon International Mime Festival since 1989.

Today is the last day of Yoo’s “Yoo Jin-gyu: Exposed” festival located in Chuncheon, Gangwon, where he invites the audience to watch him stage a mime performance - completely naked.

“As an artist, I’m taking off my clothes to free myself from society’s taboos and nuisances. Being naked doesn’t mean that I’m going to become a more purified person. I just want to show the people what I’m truly made of,” Yoo said.

Yoo first stumbled upon miming while watching a show by German mime Rolf Scharre when he was a high school student in 1968. Though he was studying veterinary science at Konkuk University in 1970, he gave up his studies and joined the drama company “Ejotto,” where he began to properly learn how to mime.

After appearing in the mime show “The First Night Trip” in 1972, Yoo produced and starred in his very own “Body Expression” in 1976.

A few years later in 1981, Yoo suddenly left the stage and moved to Chuncheon to open up a coffee shop and look after a cattle ranch.

He continued to lead such a life until 1988 when he launched Korea’s Mime Festival and decided to live the rest of his years as a mime.

“As the festival becomes bigger and bigger, many mistake me as its promoter. I will do my best to not lose sight of my original intentions and to focus on my miming,” said Yoo.

Yoo believes that miming will forever be his own way of expressing his emotions.

“The body is the essence of the human being, and miming is all about embracing and using the body. That’s why I am performing and will keep doing it until I die,” added Yoo.

From Dec. 3 to 5, Yoo will be showing “Yoo Jin-gyu’s Testimony” at the Chango Theater in central Seoul.