Beatles demo tape up for auction

Beatles demo tape up for auction 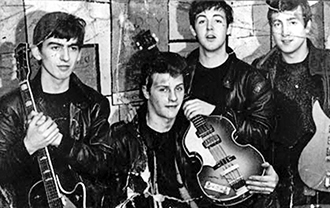 LONDON - The Beatles demo tape that was overlooked by record label Decca - a decision branded the biggest mistake in music history - has resurfaced and is up for auction, newspapers reported Friday.

Recorded on New Year’s Day 1961, Decca artists and repertoire man Dick Rowe passed over the Liverpool group and signed The Tremeloes instead. The Beatles went on to sign for EMI and became world stars. Bootleg copies exist but few have heard the original “pristine” master tape, containing 10 cover versions.

It is being auctioned in London on Tuesday by the Fame Bureau, with an asking price of 30,000 pounds ($58,000). It does not, however, come with the rights to the tracks.

“Apple, the company set up by The Beatles, holds the copyright to their voices and if anyone tried to release the material without their permission they would certainly be sued,” said Fame Bureau Managing Director Ted Owen, according to The Times. “This has never officially been released. It is unique and the sound quality is crystal clear. We have spoken to various experts, and this is the best quality recording of this session there is.”

It is marked the “Silver Beatles,” the group’s former name, and comes with a hand-written track list and a black-and-white image of the band wearing leather jackets and posing with their instruments.