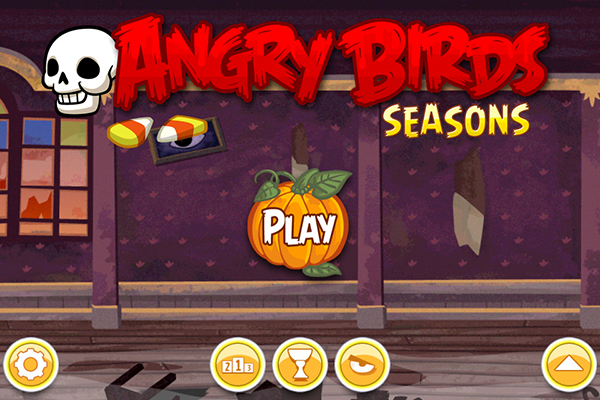 
The success of “Angry Birds” is helping Finland’s other mobile-game fledglings take wing.

Enticed by the Angry Birds rapid rise to fame, venture-capital investors are flocking to the Nordic country in search of the next hit. The game developers attracting attention include the makers of “Clash of Clans,” “Hay Day” and “Hill Climb Racing.” Each of which have had millions of downloads, joining “Angry Birds” in Apple’s application store top lists.

Expanding at an annual pace of 57 percent, gaming has emerged as a niche growth industry for the country of 5 million seeking to diversify its economy, due to the decline of the once-dominant mobile-phone maker Nokia. “Angry Birds” maker Rovio Entertainment attracted $42 million in venture money in 2011, which has helped local rivals including Supercell and Grey Area also lure international backers.

“There’s an amazing critical mass here,” said Sean Seton-Rogers, general partner at London-based Profounders Capital, who joined thousands of investors and entrepreneurs in the Nordic region’s biggest startup event, Slush, in Helsinki this week. “Once you start having a viable ecosystem, it feeds off itself.”

Helsinki-based Supercell’s “Clash of Clans” was the top-grossing iPhone app in the U.S. as of Wednesday, meaning its players spent the most money, including in-game purchases, according to appannie.com. Finland-based Fingersoft’s “Hill Climb Racing” was the most downloaded free game.

Rovio’s “Angry Birds” was named the most downloaded paid app this year by Apple, and its “Angry Birds Star Wars” edition is currently the most popular paid now, according to appannie.com.

While Finnish start-ups are benefiting from the extra engineering talent available as Nokia cuts jobs, the country’s gaming industry is decades-old and began developing in the era of personal-computer titles. A shift in player preferences toward mobile phones and tablets, resulting in Rovio’s success, gave the industry a shot in the arm, Seton-Rogers said.

Supercell got a $12-million investment last year from Accel Partners, which also has a stake in Rovio and was an early backer of Facebook. Grey Area, maker of the location-based multiplayer game “Shadow Cities,” has raised money from investors including Index Ventures and London Venture Partners.

While Finnish game makers compete in some areas, they cooperate in others, sharing experiences as they seek global growth. Helping with that goal is Startup Sauna, a non-profit organization focused on polishing small businesses into world-beaters, based on pro-bono input from coaches like Rovio’s Chief Marketing Officer Peter Vesterbacka and Supercell CEO Ilkka Paananen.

“It’s all about the community, which makes it insanely powerful,” said Vesterbacka, a co-founder of Slush, welcoming visitors in his trademark red-hooded sweatshirt to the event whose attendance doubled from last year to 3,000. “It’s cold and dark, but once you get inside, there are amazing startups.”

Developers also tend to move around, spreading talent. Finnish game-industry veterans including Matias Myllyrinne are embracing the new competition. Myllyrinne is the CEO of Remedy Entertainment, the developer behind “Max Payne” and “Alan Wake,” which beat “Angry Birds” for Time magazine’s game of the year in 2010.

“Helsinki is the best city in the world to build games at the moment,” Paananen said.