Will Brazil warm to HB20?

Will Brazil warm to HB20? 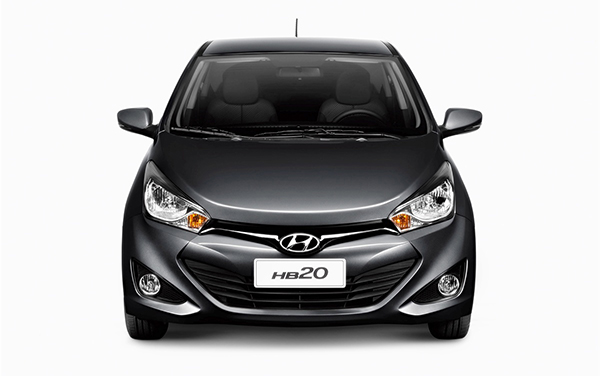 Hyundai Motor believes its HB20 could be one of the most successful localized models in the company’s history as demand for small hatchbacks is growing at a fast pace in Brazil.

The nation’s largest automaker celebrated completion of its first plant in Piracicaba, Brazil, two weeks ago. The 1.39-million-square-meter (15-million-square-foot) factory will produce 150,000 HB20s a year from 2013. This is the first model Hyundai has released exclusively for the Brazilian market.

It expects to churn out 26,000 by the end of this year, but its Brazilian branch has already received orders for 50,000 since last month, according to the company.

Hyundai sold 45,629 vehicles in the first nine months of this year in Brazil, a fall of 27 percent on-year. But with strong demand for the HB20, it said it can sell a total of 85,000 vehicles this year.

“Our sales are gaining strength because of the HB20,” said Han Chang-kyun president of Hyundai Motor Brazil. “To keep up the momentum, we will add the HB20 SUV and saloon next year.”

The name includes the initials for Hyundai Brazil, while the number 20 represents the small car segment, akin to its subcompact i20. Hyundai said it took 40 months to develop the HB20.

Considering Brazil’s auto environment, where up to 90 percent of cars run on a mixture of gas and bio-ethanol extracted from sugarcane, the car comes with a choice of two flex-fuel engines: a 3-cylinder 1-liter, and 4-cylinder 1.6-liter version.

In addition, to cope with all of the unpaved roads in Brazil, Hyundai includes a full-sized spare tire mounted in the vehicle’s trunk.

The basic price of the model starts from 31,995 Brazilian real ($15,730), which is slightly higher than its rival models, such as the Fiat Palio or Volkswagen Golf, but the company said the price is competitive considering that it added advanced technologies such as an antilock braking system.

“The HB20 is optimized to the tastes of Brazilian consumers and the driving conditions in this country based on our engineers’ years of hard work,” Han said. “I guarantee it will change the way Brazilian customers think about small cars.”

The car is already creating quite a buzz. Although it was released just last month, the HB20 was named the 2013 Brazilian Car of the Year two weeks ago, making Hyundai the first Korean automaker to win the award. The jury consisted of 16 independent journalists from 11 Brazilian media. They had to pick new cars introduced between November 2011 and October 2012, and ended up choosing the HB20 over the Chevrolet Sonic, Citroen C3, Peugeot 308 and Toyota Etios.

Hyundai said it hopes the HB20 will generate much success like other localized models, much as the Santro (Atoz in Korea) and Yue Dong (Avante HD) did in India and China, respectively.

To boost sales of the HB20, Hyundai came up with an interesting sales plan.

Currently, local business group CAOA runs most of the Hyundai dealerships and the rights to sell imported Hyundais in Brazil. But Hyundai established a separate sales network dedicated to the HB20, meaning customers will not see a HB20 in the same showroom as an Elantra or a Sonata.

Industry insiders said this dual dealership strategy could confuse Brazilian customers, but Hyundai said it will keep expanding the number of HB20 dealers in Brazil, saying it plans to set up 180 outlets by the end of this year.