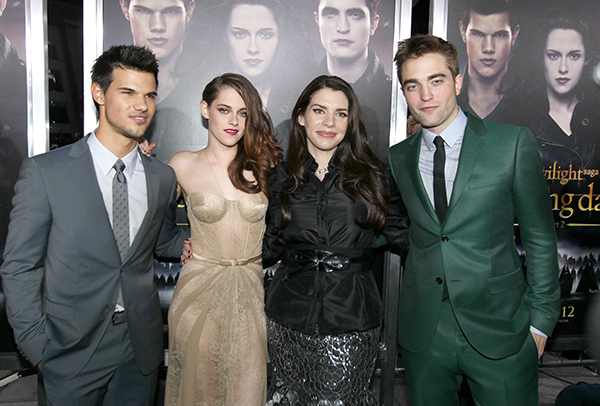 LOS ANGELES - Bella Swan, James Bond and Abe Lincoln have combined to lift Hollywood to a record-breaking Thanksgiving holiday revenue performance at the box office. Kristen Stewart’s finale as Bella in “The Twilight Saga: Breaking Dawn - Part 2’’ was No. 1 again with $64 million during the five-day holiday stretch that began Wednesday, according to studio estimates on Sunday.

According to box-office tracker Hollywood.com, the three films paced Hollywood to an all-time Thanksgiving week best of about $290 million from Wednesday to Sunday.

That tops the previous record of $273 million over Thanksgiving in 2009, when “The Twilight Saga: New Moon” led the long weekend.

The “Twilight” finale, “Skyfall” and “Lincoln” finished in the same top-three rankings for the second-straight week as new releases were unable to dislodge the holdovers.

The movie added $97.4 million overseas to bring its international total to $350.8 million and its worldwide take to $577.8 million.

“Lincoln,’’ a DreamWorks film distributed by Disney, took in $25 million over the weekend to lift its domestic revenue to $62.2 million.