Apple easing dependence on Samsung as its supplier

Apple easing dependence on Samsung as its supplier 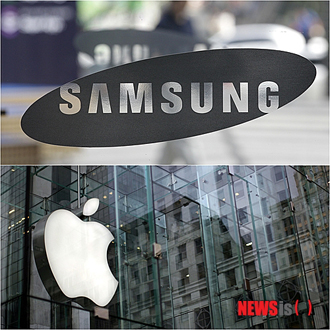 Apple is accelerating moves to reduce its reliance on Samsung Electronics as its core component supplier, recent industry data and news show.

More than seven out of 10 iPads are now embedded with liquid crystal display panels made by LG Display as Apple has cut back on orders from archrival Samsung Display, market researcher DisplaySearch said yesterday.

A total of 5.92 million 9.7-inch panels were shipped for the iPad 2 and fourth-generation iPad last month. Of these, 71.8 percent were from LG Display, meaning its share has jumped three-fold from 24 percent in March. Other producers include Sharp, Samsung Display and Tianma, a Chinese producer. The portion of panels in the two Apple devices made by Samsung nose-dived from 70 percent to 7.2 percent over the seven-month period.

The majority of panels for the latest 7-inch tablet iPad mini are also supplied by LG Display. Apple hasn’t placed any orders for these with Samsung.

As of last month, Samsung accounted for just 5.2 percent of panels used on Apple’s entire line-up of tablet PCs, while LG Display bit a 73.4 percent chunk of the pie.

“As patent lawsuits between Samsung and Apple sprout up around the world, they probably have made the decision to phase out their interdependence,” said an industry insider. “Although Apple has made efforts to diversify its suppliers, given the sophisticated technologies required for its products and its tight production schedule, it had no choice but to maintain a relatively high level of dependence on LG.”

Apple maintains its practice of keeping multiple suppliers on hand as needed for as many of its parts as possible.

LG has accordingly raised its foothold in the display market. Its global market share shot up from 23 percent in March to 40 percent last month. Samsung, in contrast, saw its share almost halve from 41.2 percent to 21.9 percent.