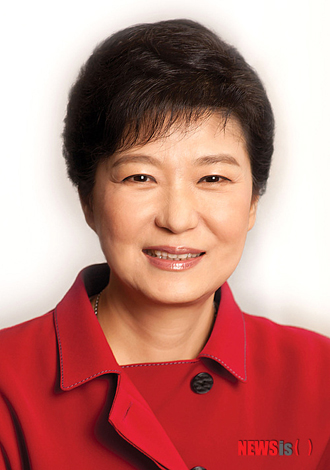 Park Geun-hye, presidential candidate for the ruling Saenuri Party, submitted a joint bill yesterday to compensate victims who suffered from a series of presidential emergency decrees issued by her father and former President Park Chung Hee in the 1970s.

In a press conference yesterday, Representative Ha Tae-kyung of the ruling party, said 20 Saenuri Party representatives co-sponsored the bill for those victims who suffered from Park Chung Hee’s Yushin program, which was established in 1972 after the former president announced a presidential decree in October.

Park, the presidential candidate of the ruling party, has also signed the bill, which is expected to be her last bill as a lawmaker.

On Sunday, before officially registering her candidacy to the National Election Commission, Park said she will quit her political career if she loses the presidential race.

The presidential emergency decree, which was stated in Clause 53 of the Yushin Constitution, was used as a tool to block democracy.

Yushin, or the October Restoration, under the Park Chung Hee rule was imposed 11 years after the military general seized power in a 1961 coup.

“There needs to be compensation and a recovery of honor for those who suffered while fighting during an unfortunate period in our history,” Ha said.

“If the bill is passed, some 1,200 victims who went to jail or who received a criminal disadvantage will be able to receive compensation.”

According to the bill, a committee will be formed directly under the president by three members, each recommended by the National Assembly, the president, and the chief justice.

The committee will look for true victims of the emergency decree and will discuss compensation matters.

“[After the bill is passed,] a phase of dark and sad history will now be newly created into a hopeful future,” said Han Kwang-ok from the Saenuri Party.

“I expect both the ruling and opposition parties will be able to pass the bill after an agreement.”

The move made by Park is seen as being part of her efforts to resolve past legacies involving her father, which has long been her Achilles’ heel.