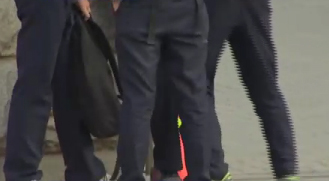 About one in five teens living in Seoul has experienced discrimination based on their age, appearance, academic performances and family background over the last year, a poll showed yesterday.

Three out of 10 faced invasion of privacy and two out of five had thought of suicide due to poor grades and family conflicts, according to the survey by the Seoul Foundation of Women and Family.

The foundation conducted a survey on a total of 2,163 students between June and July, including 1,649 fifth-grade elementary students, freshmen in middle school and freshmen in high school, as well as 514 teens attending alternative educational organizations in Seoul.

Despite the experience, the polls revealed many of the respondents were also likely to discriminate against others based on their family, ethnic background and sexual orientation.
Less than half of them said they are willing to make friends with the socially underprivileged, including North Korean defectors and homosexuals.

While 62 percent were relatively favorable to those from multicultural or defector families, 38.2 percent were willing to befriend the physically or mentally handicapped and 28.8 percent embraced homosexual friends.
Four out of 10 have thought of committing suicide over the past year, the poll showed, with 28.2 percent saying once or twice, while 11.6 percent saying several times.

“Protection of rights of children and youth is the best welfare policy,” said Jo Hyun-ok, an official at the Seoul Metropolitan Government.

“We will try to expand human rights education programs and improve their quality from next year to raise awareness of the youth rights issues.”

Based on the survey, the city government will proclaim an ordinance on children and youth and prepare a comprehensive plan every three years, officials said.