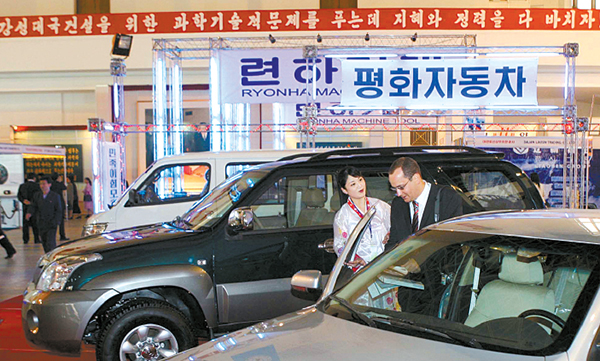 In this file photo from 2008, a North Korean saleswoman describes a Pyeonghwa Motors passenger car manufactured in a factory in the North to a foreign visitor at a new products fair in Pyongyang. [JoongAng Ilbo]


Pyeonghwa Motors, an automobile joint venture in North Korea by the Unification Church, will close its factory, ending its 12-year existence.

Park Sang-kwon, CEO of the company, submitted an application to the Ministry of Unification of South Korea yesterday to start a new business in the North that will evolve from the failed business.

“Park recently completed the procedure for changing the group’s business in the North, and the Ministry of Unification and other government organizations are working on it,” a source familiar with North Korean affairs told the JoongAng Ilbo exclusively yesterday.

“There’s a high possibility that he will go into the distribution business instead.”

The source said that Park mulled selling the joint venture’s factory in Nampo, South Pyongan Province, to the North Korean regime for $200 billion, which was the Unification Church’s initial investment.

But he decided to give it to the regime for free in return for the right to run another type of business in the North.

Whether the North will continue to run the auto factory is not known. 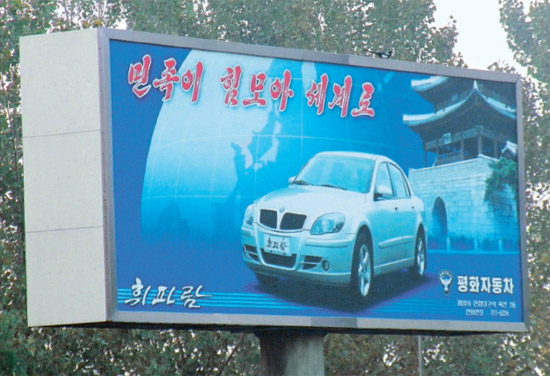 Park reportedly has interest in a business distributing supplies for hotels. The Pothonggang Hotel in Pyongyang was founded by the church’s Tongil Group and Park is its CEO. Pyongyang reportedly has given a positive response to that plan.

It was the first inter-Korean joint venture. Tongil Group took 70 percent of the profits from the auto business, and the remaining 30 percent went to the North Korean regime.

The company mainly produced compact cars with technology from Italy’s Fiat and some trucks and SUVs.

Sources said the profits were far below management’s expectations, which was why they wrapped up the business.

Although Seoul imposed so-called May 24 sanctions against businesses with the North in the aftermath of the sinking of the Cheonan warship in March 2010, Park is not a South Korean civilian, but an American. So he can start a new business in the North.

“Now his group is restructuring itself, heading to more profitable businesses such as lodging or tourism.”