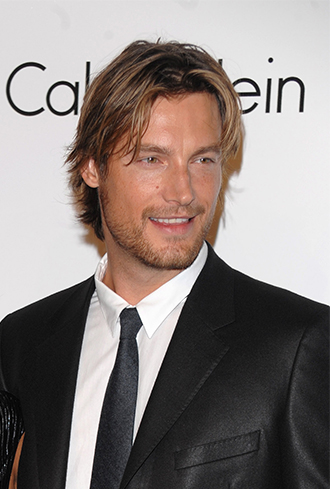 LOS ANGELES - Halle Berry’s ex-boyfriend has claimed the actress’s fiance threatened to kill him during a confrontation that left him with a broken rib and a bruised face. The fiance is now under arrest.

Gabriel Aubry’s claims, included in the court filing, led a judge on Monday to grant a restraining order against actor Olivier Martinez, who is engaged to the Oscar-winning actress.

Aubry, 37, was arrested on suspicion of misdemeanor after his confrontation with Martinez on Thursday, but he stated in the civil court filings that he was not the aggressor and that he was threatened and attacked without provocation. Martinez told police that Aubry had attacked first, according to the court filing.

A representative for Martinez could not be immediately reached for comment.

Aubry’s filing claimed Martinez threatened him the day before the fight at an event at his daughter’s school. Aubry, a model, has a 4-year-old daughter with Berry and the former couple have been engaged in a lengthy custody battle.

The proceedings have been confidential, but Aubry stated a major aspect of the case was Berry’s wish to move to Paris and take her daughter with her. The request was denied Nov. 9, Berry’s court filings state, and Aubry shares joint custody of the young girl.

Aubry claims Martinez told him, “You cost us $3 million,” while he was punched and kicked him in the driveway of Berry’s home. Aubry had gone to the home to allow his daughter to spend the Thanksgiving holiday with her mother, the filings state. Aubry claims Martinez threatened to kill him if Aubry didn’t move to Paris.