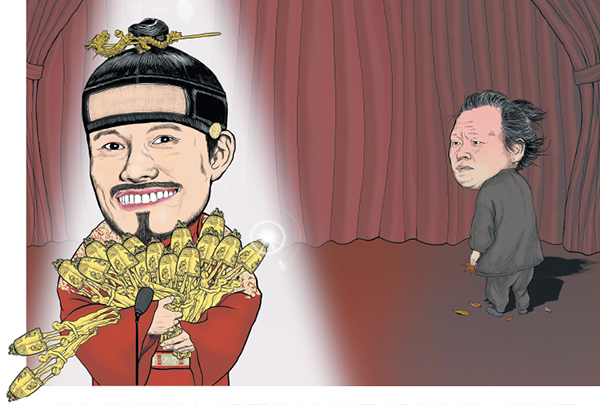 * This is the first of a two-part series dealing with the state of Korea’s film industry, which is enjoying its most successful year ever with ticket sales of more than 100 million. The first part explores the controversy surrounding film awards, and the second will investigate the role of conglomerates.

It should have been a big night for this year’s hit movie “Masquerade” when the costume drama - also known as “Gwanghae”- swooped up 15 of 22 prizes at the 49th Daejong Film Awards last month.

Instead of putting the spotlight on Korea’s most honored feature film ever, “Masquerade’s” domination raises the question of whether making movies in Korea has become too much about money and not enough about art and created an environment stacked against small, independent producers.

In Daejong, the carnival atmosphere was cut short when this year’s Golden Lion award-winning director Kim Ki-duk walked out after the first segment. Although he didn’t say precisely why he left, many assume Kim might have felt uncomfortable with the number of awards handed to a blockbuster with a 9 billion won ($8.3 million) budget and the disregard for high quality, low-funded films.

One of jury members scrambled up to the stage in the middle of the show and explained how the screening process works, emphasizing the transparency of the voting system.

The official awards Web site crashed the next day under a spike in traffic, most likely from disgruntled film fans.

“I am not saying ‘Masquerade’ is a poor movie. It has remarkable elements that can appeal to both critics and moviegoers,” says Sim Young-seop, a film critic and counseling psychology professor at Daegu Cyber University. “The question is whether ‘Masquerade’ is exceptional enough to sweep 70 percent of the awards, something [even] ‘Ben-Hur’ and ‘Titanic’ couldn’t do. The answer is no.”

No one can deny that “Masquerade” is a success: the Joseon Dynasty palace saga generated box office sales of more than 10 million.

After the incident in Daejong, all eyes this Friday will be on the Blue Dragon Awards, where the list of nominees is already stirring controversy: “Masquerade” is nominated in 10 categories and “Pieta” in three.

At the heart of the issue at Daejong is not only “Masquerade,” but other nominees that were passed over. The results left many with misgivings about whether Choo Chang-min’s latest film deserves to overshadow the many productions this year that critics say deserve to be recognized.

“2012 was a rich year for Korea’s movie industry. There were lots of box-office hits with great artistic and social value,” says critic Kwak Young-jin. “For example, ‘Unbowed’ and ‘Nameless Gangster: Rules of the Time’ conveyed profound social messages and were superbly entertaining, with interesting stories and appealing actors. But they received no awards, which I think is nonsense.”

“Unbowed,” by veteran director Chung Ji-young, is a compelling story of a demoted college professor who fights Korea’s justice system, while Yun Jong-bin’s “Nameless Gangster” addresses the issue of rampant corruption in 1980s Korea by replicating a grim world where corruption seeped into every corner of society. 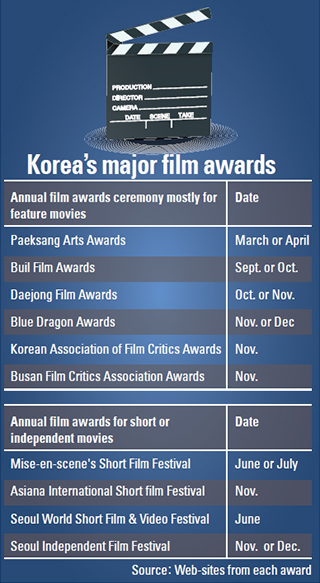 Box office sales were 3.46 million for “Unbowed” and 4.6 million for “Nameless Gangster,” according to the Korean Film Council’s database. That puts them among the top 10 Korean movies at the box office this year.

Yet the most egregious slight award should go to Kim Ki-duk’s “Pieta,” a mother and son drama that marries sexual and religious themes to pose serious moral questions. “Pieta” took top prize at the 69th Venice Film Festival this year and has been selected as Korea’s entry to the 85th Academy Awards foreign film section.

“What really went wrong [in Daejong] was the jury members’ disregard for ‘Pieta.’ The film is a piece that should be remembered in Korea’s movie history for its cinematic quality and artistic value, but it only received Best Actress and the Special Jury Award,” says Kwak.

“There had been no Special Jury Award for two years. And I think jury members hastily made the decision to award ‘Pieta’ because there would have been much more backlash if it won nothing,” he said.

In Kim Ki-duk’s absence, Kim Soon-mo, producer of “Pieta,” accepted the Special Jury Award on behalf of the director, who he said left early because he didn’t “feel well.”

Producer Kim later tweeted that “I have nothing to say today. It will live in my memory for a long time. I will just do my best.”

Filmmaker Kim Jho Kwang-soo made scathing criticisms via Twitter, saying that “Daejong is still held. But thoughtful film professionals actually don’t pay attention to that because the awards always stir debate over fairness every year. It is shameful to make such controversial awards.”

The sheer number of awards that went to “Masquerade” - best director, editing, screenplay, cinematography, costumes, music, design and lighting, among others - created a rather awkward and chilly atmosphere throughout the presentations.

Finally, the chief judge, ironically named Kim Ki-duk, 78, went to the podium during the show to explain in detail how the selection process was carried out.

“We believe there will be suspicions over why the awards have been given to one piece,” he said. “We used to judge each film and then compare each area, but this week, whenever the screening of a film ended, we put down our scores, sealed the envelopes and kept them in a safe.

“Even I, the judge for the ceremony, didn’t know this would yield such results. Since we didn’t get to compare, we didn’t know which piece would be winning which award. We hope you understand.”

The Daejong Film Awards has experienced grumbling, moaning and gnashing of teeth over decisions almost every year, and the elimination of discussion was intended to emphasize objectivity.

“We thought that the discussion process would create rumors that the selection was influenced by power and subjectivity. That’s why we didn’t allocate time for discussion this year,” says Chung Young-bae, director of the Daejong Film Awards.

Daejong organizers have become extremely sensitive about the backlash with its history of being severely criticized.

In 1996, Kim Ho-seon’s “Henequen,” which had not hit theaters prior to the ceremony, won the award for Best Director, while “Heaven and Sea” was nominated in four categories in 2009 despite being never shown in theaters.

The organizer of the awards ceremony adopted the new screening rule this year by appointing 54 ordinary citizens of different age groups and professions, on top of the existing 14 judges, in an attempt to enhance fairness and acknowledge diverse opinions.

These citizen judges chose short-listed nominees for each category and then the 14 judges scored every entry on a scale of five to 10 without sharing notes or discussion. The nominated films that garnered the highest total win.

Some observers blame the new voting system for leaning too much toward one film.

“Discussion and adjustment are essential for film awards to avoid biased results. The unconvincing result is triggered by the absence of that process, ” says Sim, the critic and professor.

Many international film festivals, including Venice, have a tacit rule in which a single movie is not allowed to sweep a majority of awards.

Others point out that a more fundamental problem lies in who is on the 14-member jury.

“Most of the judges are in their 60s and 70s. The weighted age bracket is likely to bring more conforming and conservative decisions,” says film critic Kwak.

Kwak also raises the issue of whom the jurors represent.

“The selected jurors need to be the best people to represent their fields or associations. The two movie critics invited as judges this year were not ones recommended by the Korean Association of Film Critics,” he says.

“This kind of issue will make people have doubts about the transparency of the film ceremony.”

The organizers of the Korea’s oldest film awards acknowledge the criticism.

“We tried to choose more experienced industry people and this is why the age range of judges is a bit high. But we had Kang Mi-ra, a film professor in her 40s, and we plan to draw more young professionals who have different opinions,” says Chung, director of the Daejong.

“But I can’t agree with the accusation that those who decided the winners tend to be conservative. We asked people from the Korean Film Production Association to come in. The association is considered quite liberal,” he says.

Chung adds that the Daejong will bring in experts at different levels in the art and culture fields for next year and release transcripts of jury meetings.

“We tried to release the transcripts 20 years ago. But people were opposed because of sensitivity. But for transparency, we are driving the plan for next year. This shows how much we are determined to keep high level of transparency and fairness, ” Chung says.

Despite such efforts, this year’s ceremony exposed the weaknesses and lack of confidence within the Daejong organization itself.

“We cannot say the voting system is wrong, because they try to enhance fairness. But all this controversy shows how vulnerable the show is,” says Kwak. “They eliminated discussion, which is an important part of the process, in an attempt to avoid any backlash.”