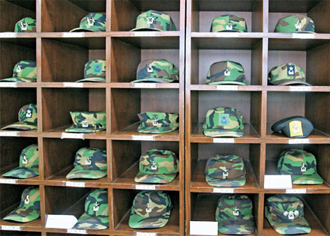 An Army colonel in a subordinate military unit of the Ministry of National Defense has filed a lawsuit against his commanding officer for wrongful exercise of authority, ministry officials said Tuesday.

In the lawsuit filed with military prosecutors, the plaintiff also accused the rear admiral of the Navy, who is his direct superior, of dereliction of duty, according to the Ministry of Defense.

Both currently belong to the same unit as the two-star general was appointed to serve as commander of the unit in which respective units from the Army, Navy and Air Force were merged into one in January 2010 as part of the country's efforts to reform national defense.

"There seems to have been a conflict between the two regarding how some of the tasks should be carried out," a military official said in regard to the neglect of duty charges.

As to the abuse of power charges, another official said, "The colonel claims the rear admiral relieved (the colonel) of his duty in May or June this year without going through a formal evaluation procedure."

Military prosecutors said they are looking into the case to determine whether the commanding officer is subject to criminal prosecution.

The defense ministry, meanwhile, said it has launched a separate inspection into the general affairs within the particular unit, as some have voiced concerns regarding possible communication difficulties within the unit due to a somewhat forceful integration of Army, Navy and Air Force officers. (Yonhap)