Who is the welfare really for?

Who is the welfare really for? 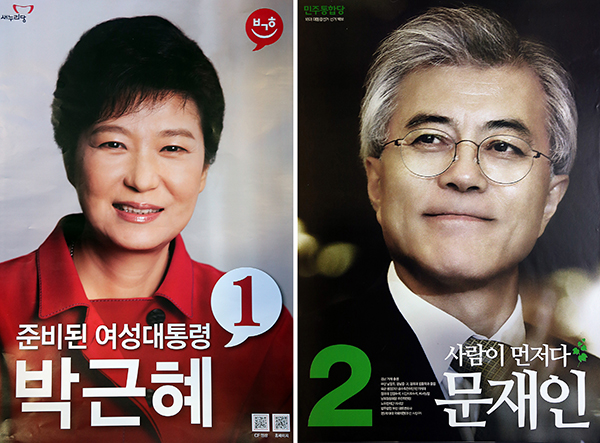 After a baby is born with the family’s blessing, the child will go to a kindergarten free of charge, whether his or her parents are wealthy or not. The parents will receive free childcare and state subsidies until the child reaches the age of 12. After the child enters elementary school, cafeteria lunches will be provided for free and tuition for middle and high schools will also be free.

College tuition will be half of what it is now, and after the child graduates, he or she can easily find a job at a stable company through an employment quota system. And unless there are no problems, employment will be guaranteed until the age of 60. Throughout his or her life, all medical treatment is free as long as he or she pays 1 million won ($920) a year.

This is not a glimpse of life in a European country. When pledges recently presented one after another by presidential candidates are realized, Korea will become “welfare heaven.”

How long will this paradise be sustained? It is questionable if the pledges will actually be implemented, but even if they do, they will cause a fiscal disaster within one or two years and the country will face a crisis.

Last year, a free childcare program for children younger than 2-years-old was introduced for all families, and now, less than a year later, the program’s fate is in jeopardy. Of the 25 districts in Seoul Metropolitan City, 24 said they won’t pay any additional money for the programs due to budget shortages.

Welfare takes up a large amount of state funds. Add to that how free welfare benefits and universal programs disturb the effective distribution of resources and damage the economy by causing moral hazard and weakened intentions to find jobs. Everyone knows welfare pledges not backed by sound fiscal plans are not feasible.

Presidential candidates have argued that they can secure hundreds of trillions of won during their presidency by ending tax cuts for the rich and restructuring government expenditures. But in fact, the measures will allow them to secure only a few trillion won, or tens of trillion won at the most. Do they really believe that they can actually implement their welfare pledges without any concrete plans to raise financial resources?

If they truly believed that they can push forward the promises without any plans, we must doubt their qualifications to become the leader of this country and serve for our future. If they knew that their pledges are unfeasible but still announced them, they were deceiving people. Smart voters by now know that the countless welfare pledges are not for the people but to win election.

Korea’s welfare budget has skyrocketed rapidly. In 1990, the government allocated 3.3 trillion won, but the amount grew to 92 trillion won in 2012, up 28 times. It now makes up nearly 30 percent of the state budget.

Some argued that Korea is spending only 10 percent for its gross domestic product on social welfare programs, thus it is far lower than the spending of other member countries of the Organization for Economic Cooperation and Development.

However, the country’s birth rate is falling rapidly while it quickly becomes an aging society. It is a matter of time before Korea’s welfare spending will quickly equal that of other advanced economies.

It is also inappropriate to compare the cases of Denmark, which has a 47.1-percent tax burden ratio, and Sweden, which has a 35.8-percent ratio, to Korea, where the tax burden ratio is 19.7 percent. Of the 15 million income earners in Korea, 40 percent do not pay a single coin in tax.

It is impossible to realize the welfare pledges presented by the major political parties. During the legislative elections in April, the Ministry of Strategy and Finance announced a report that the welfare spending will comprise nearly 50 percent of the government budget if 268 trillion won is spent for the next five years to implement the ruling and opposition parties’ welfare pledges. The ministry showed concerns that other national projects won’t be able to move forward due to increased welfare spending.

A leader with an insight into the future must present a policy that will improve the effectiveness of welfare benefits, rather than focusing on the competition to provide more and wider benefits. The priority should be decided based on economic backgrounds and fiscal capabilities and selective benefits should be provided to beneficiaries by taking into account their unique situations. It is also desirable to assist employment so that the beneficiaries will no longer need to rely on welfare programs.

A sustainable welfare system is only possible when the society, which provides the financial resources, reaches a consensus through a leader’s successful persuasion.

* The author is the executive vice chairman of the Korea Employers Federation.