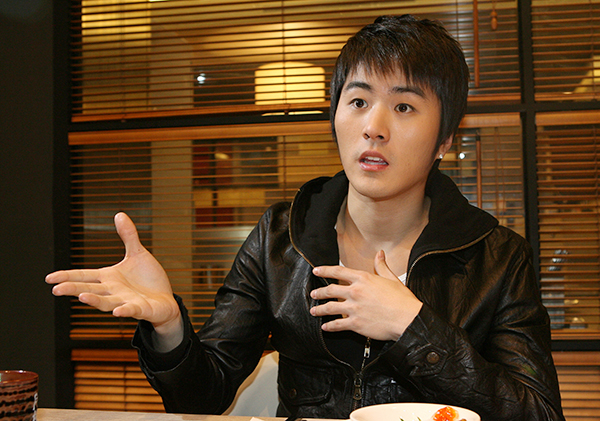 
Singer Eru has become the first K-pop star to make an appearance on an Indonesian TV show.

While in the country to promote his movie “Hello Goodbye,” which opens today, the 29-year-old singer took part in RCTI network’s music show “Dahsyat.”

Days earlier, Eru also took part in a concert run by the same network and was a big hit with locals who chased him down for photos and autographs.

“Indonesians love ballads and because of his previous hit ‘Black Glasses,’ his career over there is really taking off,” said a spokesperson for his agency. The song is also the theme in the movie of the same name, in which Eru makes a cameo appearance.

The film was directed by Indonesia’s top director Titien Wattimena and is a love story about a young Indonesian couple living in Korea.

Atiqah Hasiholan plays the lead female character while Eru’s role suited him - singing in character of a Hallyu star. He leaves for home tomorrow.

In January, Eru plans to do a tour of Indonesia, Malaysia and Vietnam.