For Rycroft, success a reality at last

For Rycroft, success a reality at last 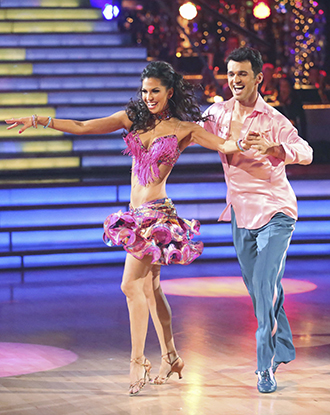 LOS ANGELES - She was criticized on “The Bachelor’’ and came in third place during her first stint on “Dancing With the Stars,’’ but Melissa Rycroft is now a winner.

The reality TV star and her professional dance partner, Tony Dovolani, were named the champions Tuesday on ABC TV’s “Dancing With the Stars: All Stars.’’

Fellow contestants on the shows first “all-star’’ season hoisted the new winners into the air as confetti rained down inside the ``Dancing With the Stars’’ ballroom.

Rycroft and Dovolani came into the final contest with a pair of perfect scores. Those points were combined with viewer votes and a last set of judges’ scores for an “instant dance’’ for which they had less than an hour to prepare.