Police officer accused of using boy to spy for him

Police officer accused of using boy to spy for him 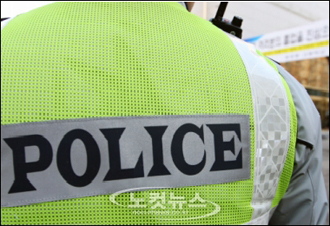 A police officer in Busan honored for his contributions in preventing school violence was accused of using a juvenile delinquent as a spy to catch other kids breaking the law.

According to the Busan Seobu Police Precinct, they are investigating a 35-year-old police officer surnamed Kim.

The police said yesterday that Kim is suspected of hiring a 17-year-old boy surnamed Kim to spy for him so he could crack down on other juvenile delinquents.

At 9:40 p.m. on Nov. 5, the boy crashed his motorcycle into a truck at Sasang District, Busan. The accident left the boy hospitalized with serious injuries that could take up to six months to heal.

When the boy’s father asked his son about details of the accident, the boy confessed he was on his way to catch a middle school boy who attempted to arrange sex for money after receiving an order from the police officer.

The Seobu police said the boy’s father submitted audio files that contained conversations between the boy and the officer as evidence.

The boy’s father also submitted his son’s KakaoTalk messages, which read “Go to Hakjang-dong and bring me the kid I mentioned,” and “find a boy named ---- for me.”

He offered the boy’s bank statement that showed the officer deposited 50,000 won into his account in October.

The boy’s father said his son went to a juvenile detention center for driving a motorcycle without a license in June last year and was under the police’s supervision since September this year.

“This police officer is a terror for boys like my son who have experiences in a juvenile detention facility,” the boy’s father said. “Their job is to keep juveniles out of trouble, but the police officer used his influence to use my son like an errand boy.”

Kim was honored by the commissioner of the National Police Agency in May for arresting the highest number of violent offenders in schools.