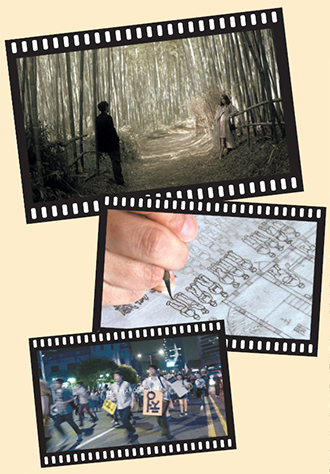 Notable films at the Seoul Independent Film Festival include, from top, “The Russian Novel,” directed by Shin Yeon-shick; “The Big Picture,” directed by Kwon Hyo; and “The Grand Discourse,” directed by Park Se-ho.

Independent films are often forced to take a back seat to big-budget commercial movies, with fewer screenings and less publicity. At the 38th Seoul Independent Film Festival (SIFF), which got under way yesterday, indies will be in the spotlight for nine days.

Ten feature films and 39 shorts will compete at this year’s festival, which attracted 82 feature submissions and 691 shorts, the most ever. A notable addition this year is the “New Choice” category, where 10 new indie directors, including actress Yoon Eun-hye of “The Knitting,” will vie for the top award of 5 million won ($4,600). The category is aimed at highlighting young up-and-coming directors and their work.

This year’s edition opens with “The Grand Discourse,” directed by Park Se-ho, a documentary exploring the state of politics in Korea from a politician’s perspective. The director set out to interview 20 high-profile politicians - both conservative and liberal - from opposition Democratic United Party members Sohn Hak-kyu and Lee Hae-chan to conservative Lee Sang-don and professors Cho Kuk and Lee Sang-don.

“Jiseul” by O Muel exactly falls into this category. Based on a true event in 1947, the feature presents Jeju Island under siege by military units pouring onto the island seeking “leftists.” The scared residents hide in a mountain cave. At one point, an old man in the group wants to sneak down to the town to see if his pigs are alive, but the others prevent him from leaving for his own safety. Over time, opinions become divided and the refugees become increasingly anxious and fearful about their future.

The black-and-white documentary walked away with three awards, including the CGV Movie Collage Award, the DGK Award for Best Director (shared with Shin Young-shick of “Russian Novel”) and the Netpac Jury Award. 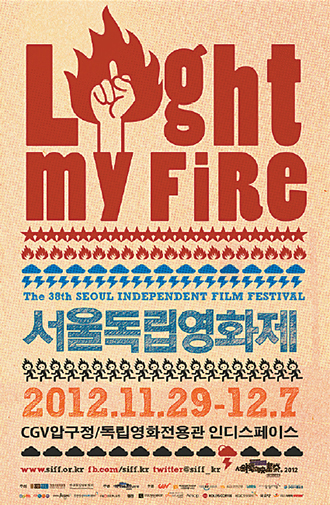 The director, who frequently locates his movies on Jeju Island, made “Jiseul” to increase public awareness of the event.

“Researching the Jeju 4.3 case seemed to be natural for me, but the event is still not widely known. There are numerous anonymous stories regarding the tragic event, but they are stories that may vanish as there are still a lot of people who do not want the truth to be known,” said director O.

“By making this film about the people who died after enduring such a grim existence in a cold, dark cave, I hope to show people what happened and share the idea that this appalling event should be properly investigated,” he added.

Also portraying a half-forgotten event is “The Big Picture” by Kwon Hyo. The drama recounts the life of writer Kwon Yoon-deok, who sought to publish an illustrated book about so-called “comfort woman” Sim Dal-hyeon. Comfort women is a euphemism referring to women who were forced into sexual slavery by the Japanese military during World War II.

Kim Joo-hwan’s “Koala” tells the story of teens who launch a gourmet hamburger restaurant named Burgerboy. Their lack of experience leads to financial difficulties from the beginning. Waitress Woori joins the restaurant, and the situation continues to get worse. In the face of bankruptcy, Burgerboy continues to reinvent itself for survival.

Another interesting piece is “The Russian Novel,” directed by Shin Yeon-shick. The film depicts the struggles of an unknown writer named Shin-hyo. Nobody likes his novel, so he tries and fails to commit suicide. Instead, he spends 27 years in a vegetative state. He regains consciousness to discover that a book of his has become a masterpiece, and he is famous.

Having begun in 1975 as The Korean Youth Film Festival, the SIFF has become the leading showcase for the country’s small, independent filmmakers.

For those who have seen enough car crashes and chases to last a lifetime, the SIFF is an excellent opportunity to savor the subtle, seductive flavors of small cinema.

* The Seoul Independent Film Festival continues through Dec. 7. The main venues are CGV Apgujeong in southern Seoul and IndieSpace in central Seoul. To get to CGV Apgujeong, go to Apgujeong Station, Line 3, exit 3. For IndieSpace, head to Gwanghwamun Station, Line 5 and exit 7. Most screenings are 6,000 won ($5.50) to 8,000 won. For more information visit http://siff.or.kr/eng/ or call 02-362-9513.