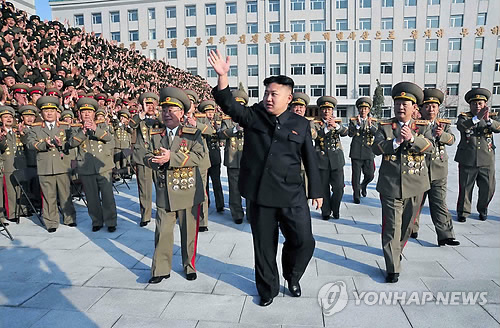 The sudden change comes less than eight months after Kim Jong-gak was promoted to the post from the first deputy chief of the general political bureau in April. 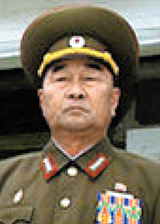 Why Kim Jong-gak was sacked less than a year after his appointment isn’t yet known.

While commander of the 4th Army Corps of the Korean People’s Army, the newly appointed Kim is believed to have led the deadly attack on Yeonpyeong Island that killed four South Koreans, including two civilians, in November of 2010 and the sinking of the South Korean warship Cheonan that killed 46 Navy men in March.

Kim, however, was confirmed to have been replaced by Pyongyang’s vice defense minister in May of this year at his post at the 4th Corps, sparking speculation that his hard-line stance toward Seoul fell out of favor with the new leader.

A local daily newspaper Munhwa Ilbo quoted a high-ranking government official as saying the latest reshuffle is part of a process by the third-generation-leader to put figures in top military positions “based on their allegiance to him.”

With the latest sacking of Kim Jong-gak, the four senior military officials who escorted the slow-moving limousine carrying the coffin of Kim Jong-il in December of last year have all been removed from their powerful positions.

Ri Yong-ho, one of the four escorts and former chief of the general staff of the army, was abruptly dismissed in July of this year. U Tong-chuk, former first vice minister of state security, suddenly disappeared from view in April.

The latest replacement follows Kim’s remark made last month at Pyongyang’s Kim Il Sung Military University, in which the Swiss-educated leader proclaimed “those without allegiance to the party and its leadership are no more useful than a stick regardless of one’s expertise.”

The appointment of the hawkish general to the national defense minister post follows recent reports that the unpredictable Pyongyang is preparing its second long-range rocket launch this year following its botched launch attempt in April, dashing hopes that the young leader would guide his poverty-stricken state toward more engagement with Washington and opening up to the outside world.