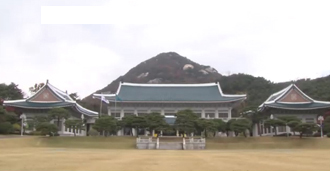 Twenty-four-year-old South Korean Park Jeong-geun’s joke about North Korea could have landed him in a prison cell as the government is increasingly resorting to the country’s anti-North law, which severely hinders South Koreans’ freedom of expression and association, human rights group Amnesty International (AI) said yesterday.

Park was sentenced to 10 months in prison last week by a local South Korean court for circulating hundreds of Internet posts which appeared to sympathize with North Korea’s communist regime. Recognizing part of Park’s claims that the posts were meant to be jokes, the court suspended his prison term for two years.

“I retweeted tweets from a North Korean Twitter account. My intention was to lampoon North Korea’s leaders as a joke,” Park told Amnesty International, according to the human rights group’s two-year investigation into South Korea’s National Security Law.

Park, who was eager to know and express opinions about North Korea, felt as if “my brain belongs to the state” while he had to undergo long and grueling investigations, according to AI.

The 24-year-old was only one of many South Korean Internet users and individuals who unfairly became targets of the South Korean government’s escalated censorship that has been justified under the National Security Law, adopted in 1948 to quell anti-state dissidents sympathizing with the communist North.

The two Koreas remain technically at war and still engage in frequent ideological bickering as the 1950-53 Korean War ended in a truce, not a peace treaty.

Organizations and activists punished under the anti-North law had been on the decline up until the 2003-8 administration led by late president Roh Moo-hyun, according to AI.

But the country has seen a sharp increase in the number of people prosecuted under the law during the current Lee Myung-bak administration, which has shown a tendency to overuse the law for “politically-motivated” reasons, Rajiv Narayan, AI’s East Asian researcher responsible for South Korea, said in a press conference.

“We find arbitrary and politically-motivated use of the national security law to suppress freedom of expression,” the researcher said.

A worrying trend is that authorities are increasingly targeting Internet users who are not sympathizing with the North but just curious about it, the researcher said, adding the abuse of the law is “narrowing the space for public debate.”

The sitting administration also tends to resort to the law as a tool to subdue criticism over its hard-line policy toward the North, the researcher also said, referring to South Korean prosecutors’ investigation of civic group People’s Solidarity for Participatory Democracy.

Prosecutors attempted to indict staff of the group for sending a letter to criticize the South Korean government’s blaming of the North for the 2010 March sinking of Navy ship Cheonan to the United Nations Security Council. Prosecutors later dropped the allegation of violating the National Security Law.