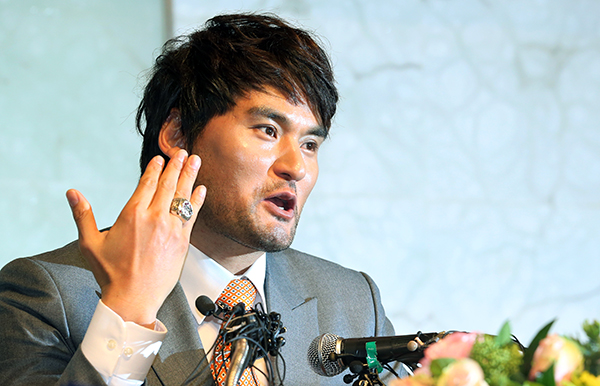 Ending a 19-year professional baseball career, veteran pitcher Park Chan-ho held a press conference yesterday in Seoul to talk about his retirement. Park, 39, who first announced his retirement Thursday through the Hanwha Eagles, said he is looking forward to a new chapter in his life and helping develop Korean baseball. “I’d like to say this is not an end but a new beginning for me,” Park said, at times choking back tears. “I decided to call it quits to map out a new future and pursue new challenges and dreams.” In 1994, Park joined the Los Angeles Dodgers and became the first Korean to play in Major League Baseball. He won 124 big league games, more than any other Asian-born pitcher. [YONHAP]