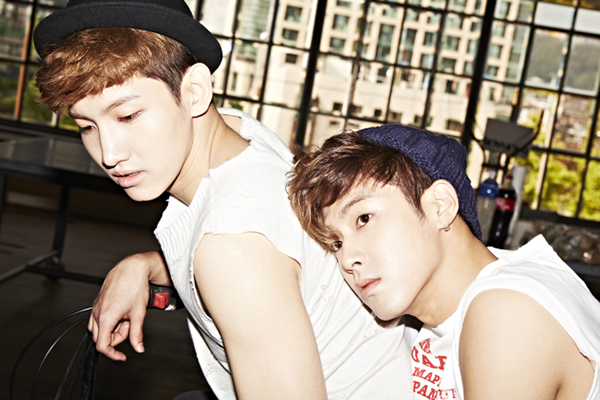 
As a special treat for fans just in time for the holiday season, TVXQ will hold a live performance via Naver Music On Air.

SM Entertainment announced that the duo will sing its latest single “Humanoids” as well as winter ballads on Monday.

Through the live streaming Web site, fans from around the world will be able to view the free concert and ask Changmin and Yunho questions over the Internet.

On Monday, the boy band also treated fans and players of the No. 1 Korean smartphone game of the moment, Anipang, to free “hearts” - tokens required to play the game.

In a first by any K-pop star, anyone with the application was eligible for a free heart after clicking on the TVXQ promotion.

The gimmick was geared toward promoting the duo’s latest release, a repackaged album titled “Humanoids.”