Wait is almost over for the iPhone 5

Wait is almost over for the iPhone 5 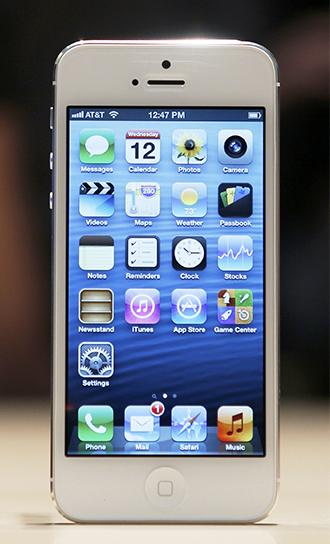 The iPhone 5, which went on sale in major markets internationally 10 weeks ago, is finally making its belated way to Korea.

The phone will be available in stores Dec. 7. Telecom providers KT and SK Telecom started accepting preorders at 10 p.m. yesterday.

Officially, the delay is the result of Apple twice screwing up its application for authorization of a frequency band with the National Radio Research Agency.

In Korea, foreign mobile devices must register frequency bands with the Korean watchdog.

A third application filed at the end of October was accepted.

Unofficially, Apple is known to be suffering from tight supplies of the iPhone 5.

The service providers didn’t release a price for the iPhone 5, which will run on their fourth-generation long-term evolution, or LTE, networks. Industry analysts expected it to be around 814,000 won ($752) for the iPhone with 16 gigabytes of memory, the smallest available.

Foreigners in Korea can place a preorder online, according to SK Telecom. However, they cannot have the phone delivered to their home. They will have to pick the phone up an SK Telecom branch.

To preorder customers, KT is offering free phone cases and screen protecting films. It will also give a coupon for an extra 20 gigabytes of storage on its cloud storage service, and a voucher for a free television streaming service for six months, which is worth 5,000 won a month.

Preorders can be placed on each telecom company’s Web site (www.kt.com and www.sktelecom.com).