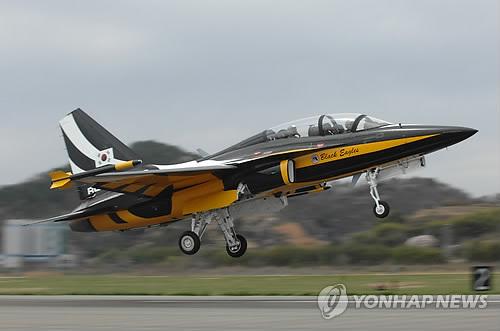 A mistake by an Air Force maintenance crew member was responsible for the crash of an aerobatic jet that killed its lone pilot earlier this month, military investigators said Friday.

The T-50B plane crashed in northeastern South Korea on Nov. 15 and faulty maintenance checks made by the mechanic, only identified by his rank of chief petty officer, caused the pilot to lose control and crash, investigators said.

Three days before the crash, the mechanic conducted maintenance checks of the aircraft's flight control system after halting a part of the system by inserting a wire. The mechanic mistakenly left the wire in the part after checks, causing the aircraft to crash, they said.

For accurate checks, it is routine for maintenance crews to halt the part that governs the aircraft's climbing and descending by inserting a wire into it, but the mechanic mistakenly forgot to pull out the wire after finishing his checks, investigators said. 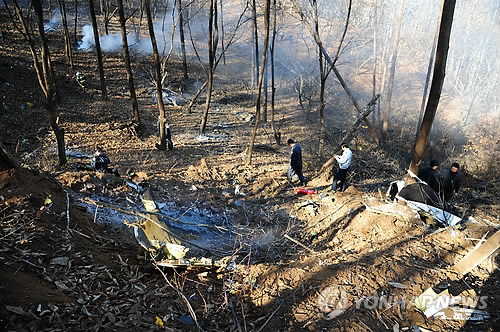 "The mechanic made a mistake of not pulling out the wire that should have been pulled out," an Air Force investigator said. "The accident happened because of the mistake that led to a malfunction of the pitch control system."

The Air Force will conduct a thorough probe into the maintenance unit behind the faulty maintenance check and punish those who were responsible, according to the investigator.

The plane belonged to the Air Force aerobatic team, known as the "Black Eagles." The T-50B, which derives from the T-50 trainer jet, is designed exclusively for air shows. It is the first time the model has crashed. (Yonhap)