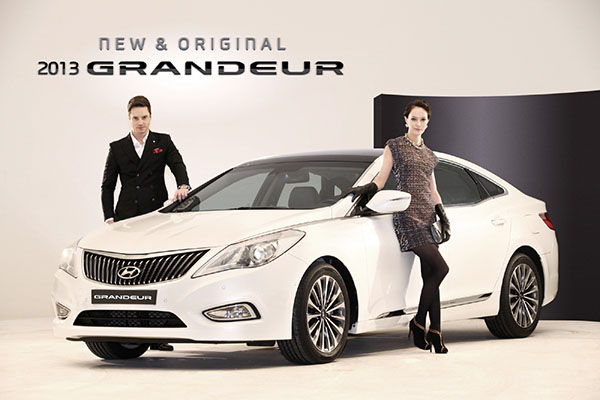 Models pose with Hyundai Motor’s new Grandeur. The 2013 version of the full-size sedan, known as Azera overseas, will go on sale from today. Hyundai said high-tech features such as electronically controlled suspension are standard for all four trims of the model, while the price of the vehicle will remain the same or be lower than the previous version. The 2013 Grandeur will retail from 29.94 million won ($27,658) to 40.69 million won. Provided by the company