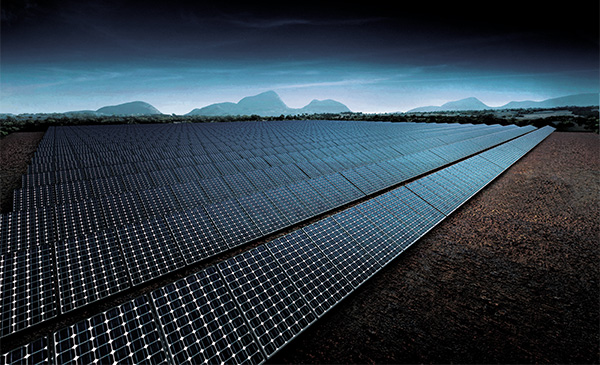 LG Chem announced on Friday that it will not make any new investments in polysilicon next year citing concerns with the solar energy market amid the ongoing global economic slowdown.

The battery maker wanted to advance into the photovoltaic market and invest heavily in the technology, but now says it wants to change direction.

“We would like to put off new investments in polysilicon next year as we did this year until we secure profitability,” LG Chem said in a regulatory filing.

LG is not alone. Korea’s top 10 conglomerates unveiled bold plans to start new businesses two years ago, but not much progress has been made since.

Samsung Group, the country’s No. 1 company by assets, is no exception. The conglomerate had designated solar cells, electric vehicle batteries, light-emitting diodes, biopharmaceuticals and medical equipment as the future growth engines of the company in 2010.

A total of 23.3 trillion won was planned to be gradually invested in each area by 2020 with an expectation to generate 50 trillion won in sales and create 45,000 new jobs. It is a long-term plan, but the group concedes that the first two years went badly.

“Due to the resurfaced euro zone crisis last year, the group’s affiliates haven’t yet actually begun any of the new businesses,” a Samsung official who declined to be named said. “Still, it is too early to expect achievements.”

Samsung decided to invest 1.2 trillion won into the health care business, but hasn’t yet seen significant returns. Just two weeks ago, Samsung C&T said it was chosen as a preferred bidder to win a $750 million hospital construction deal in Turkey.

“Samsung declared its entrance into the health care sector but it seems it’s not making significant preparations internally, except for considering M&A moves,” said an analyst said at a local securities firm.

“Major conglomerates’ eyes were on government subsidies as the country’s new growth engines, including solar energy, LED and health care, designated by the current administration,” the analyst said.

SK Group, the country’s third largest company by assets, invested over 100 billion won into the photovoltaic business. The group acquired a local solar company that manufacturers parts for semiconductors and liquid crystal displays in 2008, and developed a plant capable of producing ingots and wafers last year.

However, the company, SKC Solmics, has seen its deficit snowball from 7 billion won to 17 billion won over the past year.

“Seeing that polysilicon prices continue to fall, businesses better be careful in making huge investments in the solar sector for a while,” said Park Young-hoon, an analyst at LIG Investment & Securities.

Hanwha Group is one of a few companies that continue to invest heavily in the photovoltaic market. Since 2010, the group acquired a handful of solar companies and their majority stakes, including the latest takeover of German Q.Cells.

“If the photovoltaic business goes badly, we can’t talk about the fate of the group,” said a group official.

With the inauguration of CEO Chung Joon-yang in 2009, Posco designated energy, resource development and new materials as its future growth engines. As part of works to lay a new foundation for the businesses, the steelmaker has aggressively taken over related companies over the past three years, fattening itself with 70 subsidiaries, up from 36 in 2009.

“We intended to diversify into new businesses because the steel industry suffered too much over the past two years,” said a senior executive at Posco. “We are streamlining the newly acquired units by merging or shutting down money-losing subsidiaries.”

The steelmaker’s financial soundness worsened this year due to the reckless investments in the new areas. Fitch Ratings downgraded the credit rating of Posco to BBB+ from A- last week, citing incurring high levels of debt to fund aggressive investments and weakened profitability.

The biggest investment was the acquisition of Daewoo International, the largest trading company in the country, for 3.37 trillion won. Posco bought it to embark on resource development, but the company hasn’t seen progress in recent years since it found a gas field in Myanmar in 2004.