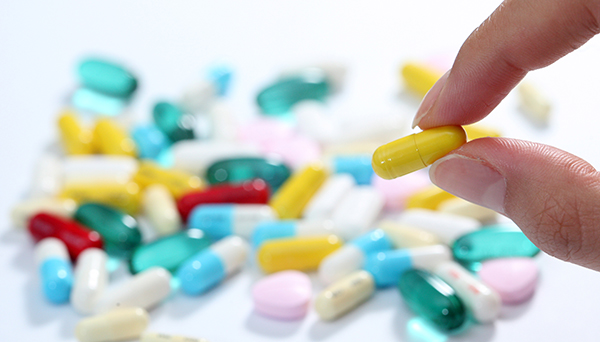 The harmful effects of medicines capture headlines worldwide. After all, horror stories about “killer drugs” are easy to sell. While drugs’ damaging effects are a legitimate cause for concern, they do not necessarily constitute a serious public-health issue, provided they are outweighed by the benefits they confer.

Drugs with serious adverse safety profiles are used to treat potentially fatal conditions - including various forms of cancer, inflammatory arthritis and HIV - because they ultimately help more than they hurt. Rather than assess a medicine’s safety in isolation, its adverse effects must be considered in relation to its efficacy. In other words, a benefit-risk balance must be struck.

But getting this message across to the public has proven to be difficult. Successful drug treatment and disease prevention can fail to capture the attention of readers or voters. Moreover, drug safety is a leading factor in determining how medicines are regulated.

In 1961, thalidomide, a hypnotic drug also used to treat nausea in pregnant women, was found to have caused severe birth defects in more than 10,000 children in 46 countries since its introduction four years earlier. In the tragedy’s wake, drug-development processes were adjusted in order to bolster medicines’ safety profile. As a result, many of the most widely prescribed drugs today were subject to a long process of preclinical experimentation, followed by clinical studies that lasted several years and cost millions of dollars before gaining regulators’ approval.

But this development model is no longer sustainable. Not only is it expensive and slow, but it also has been unproductive. Since 2001-2, the pharmaceutical sector has spent $1.1 trillion on research and development, but the 12 largest companies have received regulatory approval for only 139 new molecular compounds.

But things are changing. Doctors and their patients are now eager to gain early access to biopharmaceutical medicines - a new variety of injectable drugs, including proteins, nucleic acids and vaccines that are produced using biotechnology. Such drugs have the realistic potential to cure forms of cancer and autoimmune diseases rather than merely treat the symptoms of disease. So access is requested earlier than the regulator normally allows in the licensing process. This poses a dilemma, because regulators are concerned about the lack of safety information about these new drugs.

But that concern might be as unnecessary as it is inhibiting. New models of so-called adaptive licensing, or conditional approval, are being used to balance patients’ needs with regulators’ caution. Patients with serious conditions can gain early access to promising drugs before they are fully licensed. In exchange, they are subjected to rigorous evaluation to assess the drug’s safety and effectiveness for general use.

The adaptive licensing model thus recasts drug licensing as a more fluid process, based on the benefit-risk ratio. Rather than determining simply whether the drug is effective or has unwanted side-effects, it aims to appraise the benefits and risks in view of the patient’s specific needs.

Price has become increasingly important as the cost of developing new medicines such as biopharmaceuticals has risen. In the United Kingdom, a biologically based drug costs, on average, ￡9,500 ($15,200) per patient annually, compared to ￡450 for conventional drug treatment.

Given the substantial discrepancy, cash-strapped health-care payers must assess whether the new generation of medicines represents value for the money. As a result, drug developers are increasingly aware that surmounting the regulatory hurdle is no longer enough; they must also satisfy the payer, who in effect has become a second gatekeeper to patients’ access to new medicines.

A related issue is the advent of what is known as personalized medicine. Increasing knowledge of genetics is producing a new generation of medicines specifically tailored for individual patients, posing yet another new challenge to the industry, regulators and payers.

In short, innovations in medical research demand an updated drug-development process in which the patient is paramount. By relying on benefit-risk analysis, rather than on a more rigid, phased approval process, potentially lifesaving medications can better reach the patients who need them.

* The author is a former professor of clinical pharmacology at the University of Liverpool and chair of the Committee on Safety of Medicines.